Australian teenage midfielder Isaac Danzo has returned to his La Liga club this week after a spell back in Australia, in which time he was unable to attract an A-League loan transfer.

The 19-year-old’s La Liga club Levante UD had wanted to loan out the defensive midfielder to an A-League club for this coming season.

Spain’s accelerating COVID cases and the fact that Danzo could gain valuable senior experience in the A-League was the reason why his La Liga club wanted the loan transfer.

However, Danzo returned to the La Liga club earlier this week after being unable to secure a loan deal in the A-League.

After completing strict COVID protocols in his first few days back at the La Liga club, today Danzo commenced training with the club’s second side.

The Wollongong-product debuted in the Spanish Segunda B aged 18 in 2018/19.

And he made his La Liga first-team bow with the Levante UD in a friendly against Villarreal last year.

In late 2019, Manchester City’s global recruitment team identified him as a transfer target for its A-League club Melbourne City.

However, Danzo had already signed a two-and-a-half-year extension on a deal with his Spanish club, which he joined in 2015. 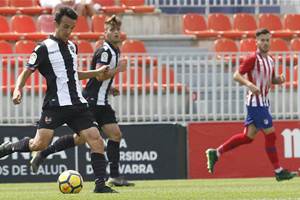 The Danzo family arrived in Spain in 2013 with Isaac playing for a local club before his transfer to Levante.