It was goals galore in Europe as James Holland put his hand up for a Socceroos spot. Meanwhile Aaron Mooy and Alex Gersbach made debuts for their clubs. It's all in FTBL's Aussies Abroad!

In the English Premier League Aaron Mooy got his first start for Brighton in the league playing 70 minutes while Mat Ryan got himself a clean sheet in a 0-0 draw with Newcastle United.

A pity we couldn’t convert a few of our chances yesterday, but plenty of positives to take from it. We’ll keep working hard in order to get the results the performances deserve. Congratulations @steven_alzate98 on your debut. pic.twitter.com/8odYnUfGlH


In the Championship Jackson Irvine started and played 84 minutes while Callum Elder was absent for Hull City as they recorded a dominant 3-0 win away to Luton Town. Bailey Wright was absent through injury as Bristol City drew 0-0 with Swansea City.

Referee Jarred Gillett refereed Nottingham Forest's 1-0 win over Barnsley. It was the first Nottingham fixture ever officiated by an Australian.

Massimo Luongo was once again an unused sub for Sheffield Wednesday as they defeated Fulham 1-0. The Socceroos midfielder has played only 69 minutes of Championship football since joining Sheffield. 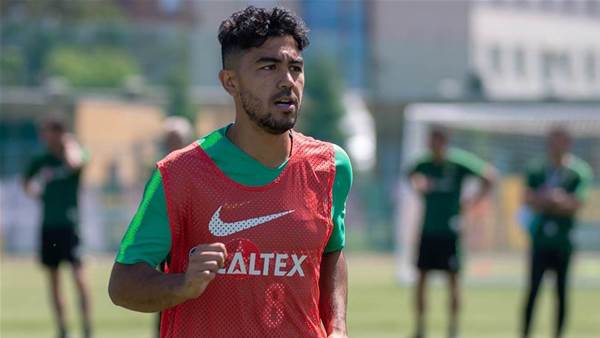 In League One action Harry Souttar was back in the team for Fleetwood Town who defeated Rochdale 2-1. Ryan Williams was an unused sub for Portsmouth as they lost 1-0 to Wycombe Wanderers.

Ryan Edwards played 90 minutes in midfield for Burton Albion as they lost 2-1 to Tranmere Rovers. Mark Milligan played a full game for Southend United as they recorded their first win of the season, 1-0 away to MK Dons.

In Scotland Daniel Arzani returned to action for Celtic's Academy in a 1-1 draw with Hibernian. The 20-year old came on in the 64th minute alongside fellow Aussie Leo Mazis who started the second half. 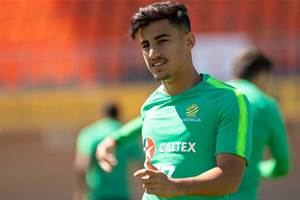 Socceroo wonderkid Daniel Arzani has returned to action in a massive boost for Australia's World Cup and Olympics qualifying campaigns.

In the SPFL Tom Rogic came on in the 84th minute for Celtic in a 3-1 win over Kilmarnock. Oliver Bozanic was an unused sub for Hearts in their Edinburgh derby 2-1 win over Hibs.

In the English youth leagues Tyrese Francois was absent from Fulham U23s' 5-4 victory over Reading U23s. Peter Gwargis played a full match for Brighton U23s in a 2-1 loss to Everton U23s.

Alexander Robertson started and played 73 minutes for Manchester City U18 as they lost 2-1 to Blackburn U18s. Robertson seemed to have been played out of position with the midfielder deployed at centre-back.
Next Page
1 2 3 Single page