Aussies returned from injury, Aussies made debuts for their clubs, and of course we had Aussies on the scoresheet. It was a fruitful week for our players abroad with five goal scorers and plenty of great results.

In the English Premier League Mat Ryan played a full match in goal while Aaron Mooy played 10 minutes off the bench in Brighton's 1-1 draw with Burnley.

Both Socceroos played a full match earlier in the week in Australia's World Cup Qualifying win over Kuwait.

In the Scottish Premiership Tom Rogic made his return from injury, playing just under half an hour for Celtic in their narrow 1-0 win over Hamilton.


​Lyndon Dykes started and was sent off after 73 minutes as Livingston went down 3-1 to Steven Gerrard's Rangers. Oliver Bozanic was absent for Hearts' 3-2 loss to Motherwell.

In the Championship Jackson Irvine played 90 minutes and Callum Elder made his debut at left back for Hull City as they drew 2-2 at home with Wigan Athletic.

Adam Federici dropped back to the bench for Stoke City as they lost 2-1 to Bristol City. Bailey Wright was still absent for Bristol due to an ongoing knee injury.

Massimo Luongo was an unused sub for Sheffield Wednesday as they recorded an important 2-0 win away against Huddersfield Town.

In English League One, Scottish-Australian player Jason Cummings scored his first goal for his new club Shrewsbury Town, netting an equaliser against Wimbledon five minutes after coming on in the 68th minute. 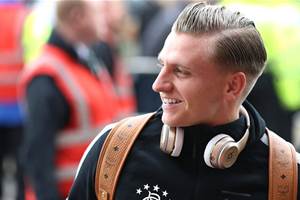 The next Martin Boyle? Scottish-Aussie scores in England

Scottish-born centre-forward Jason Cummings scored on his debut for League One side Shrewsbury Town last night. But the striker could potentially have his eye on the Socceroos.

Ryan Edwards played 90 minutes for Burton Albion who drew 0-0 with Coventry City. Southend United got their first point of the season while Mark Milligan was absent injured. They drew 3-3 with Fleetwood Town for whom Harry Souttar played nine minutes off the bench.

Ryan Williams made his debut for Portsmouth FC playing 19 minutes off the bench in a 3-0 win over Norwich City U21 in the Football League Trophy.

In League Two action Cameron Burgess made his league debut for Salford City, replacing an injured defender in the 36th minute as Salford lost 2-0 to Cheltenham. Jack Iredale played a full match at left back for Carlisle in a 3-2 victory over Stevenage away from home.

In the English youth leagues Alex Robertson played a full game for Manchester City U18 as they beat Liverpool U18 5-2. Peter Gwargis started and played 69 minutes for Brighton U23s as they were defeated 2-1 by Chelsea U23. Tyrese Francois was absent from Fulham U23s loss to Manchester United U23s.

Ben Folami made his return after a long recovery from injury for Ipswich Town U23s. Folami played an hour as Ipswich lost 3-1 to Nottingham Forest.

🗣 "I got through it with no problems and I’m really pleased. There has been no reaction to playing on Monday and I’m all good to go now."

Ben Folami on making his return to action for the U23s on Monday after eight months out with an achilles injury. #itfc

Oscar Woods played 90 minutes for Burnley U18s as they lost 3-1 to Watford U18s. Caleb Watts played the first half of Southampton U18s 5-1 loss to Fulham U18s. 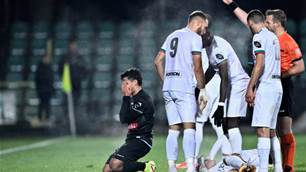 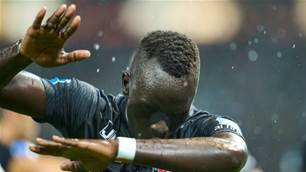