James Holland kept his goal scoring form up in Austria while Aaron Mooy and Mat Ryan shared the field in the Premier League for the second week in a row. Over in Asia, Socceroos hotshot Adam Taggart was dropped to the bench.

In the English Premier League Mat Ryan played a full match and Aaron Mooy started and played 65 minutes in Brighton's 2-0 loss to Chelsea at Stamford Bridge.

Ryan turned out a terrific performance denying a number of half chances for the hosts while Mooy got his second Premier League start for Brighton.


In the Championship Massimo Luongo came on in the 41st minute for Sheffield Wednesday as they shocked Middlesborough winning 4-1 away. All four goals were scored before Luongo got onto the pitch.

Bailey Wright is back from injury as he managed to make the bench for Bristol City as they drew 3-3 with his former club Preston North End. 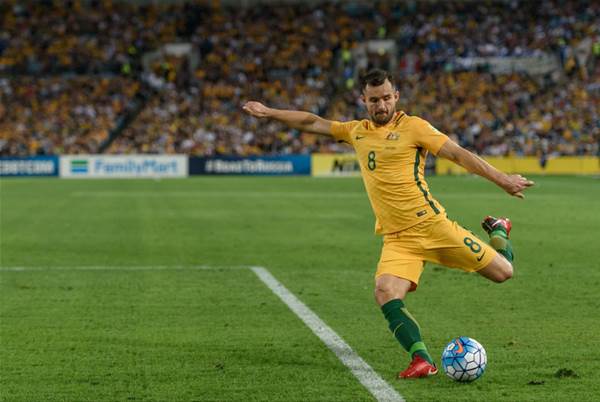 Bailey Wright returned from a knee injury on the weekend

In Scotland Tom Rogic played 90 minutes and scored and got an assist for Celtic in their 5-0 thrashing of Partick Thistle in the Scottish League Cup quarter final. He was an unused sub in a 1-1 draw with Hibernian later in the week. Lyndon Dykes also played 90 minutes in Livingston's 1-0 loss to Rangers in the cup.

Rogic on the scoreboard for Celtic.

Socceroo Tom Rogic slotted the ball home in a 5-0 drubbing of Partick Thistle in the Scottish League Cup quarter-final.


Lyndon Dykes was absent from Livingston's 2-1 loss to Hamilton while Oli Bozanic was also left on the bench for Hearts.

Mark Milligan played a full game as Southend United lost 1-0 at home to Accrington Stanley while Ryan Williams only saw the the first half in Porstmouth's 1-0 win against Bolton Wanderers.

In League Two Cameron Burgess was also taken off at half time when Salford City were down 3-0 with the game ending 4-0 to Forest Green. Jack Iredale played 90 minutes for Carlisle United in a 1-0 win Oldham Athletic.

In the English Youth Leagues Tyrese Francois played a full game as Fulham U23 lost 4-2 at home to Middlesborough U23.