Craig J Hubbard the inventor of the KiSS tape/brace hybrid ankle system says his product can prevent sprains and save sporting organisations millions of dollars. 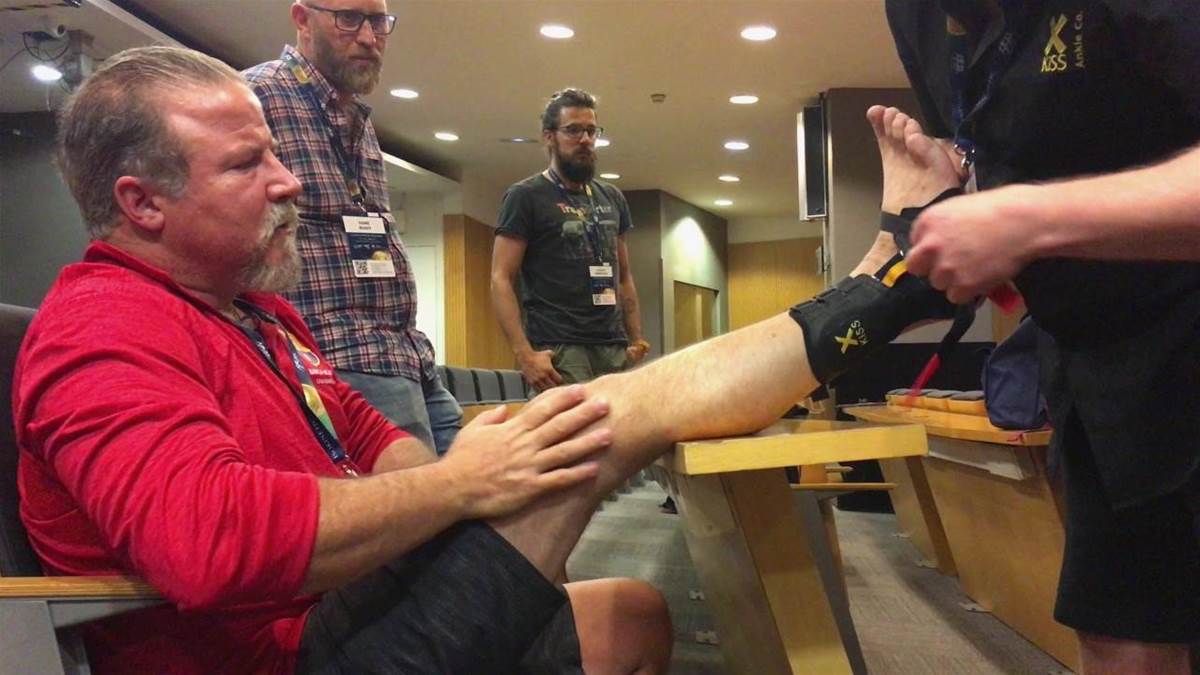 Hubbard, whose been working on ankle injury prevention for 20 years said his KiSS system can revolutionise the way ankle injuries are prevented.

“My ankle system is the best in the world,” he said.

“The Kinetic impulse Suppression System (KiSS) is the first designed with ‘medical intent’ and used during rehab to early mobilise acute injuries and provide ‘optimal loading’ for ligament and cartilage repair.

“It just happens to, by necessity, be able to prevent as well.

“It’s a soft tape/brace hybrid, hand-made in Australia from kangaroo leather, that anchors on like tape, without adhesives, like a starfish anchoring onto a rock.

“It weighs three ounces and fitted correctly, you virtually can’t sprain your ankle by rolling it."

Hubbard believes that by wearing his ankle system for prevention it will eradicate the ankle sprain from most sports injuries.

“If Tim Cahill was wearing this when he got injured before the World Cup, he would not have sprained his ankle,” he said.

“The short- and long-term costs of lateral ankle sprains is the highest health cost globally for any joint injury, costing over $6.2 b annually in the US alone, most of which goes to Physiotherapy.

“Because once you have rolled one you are predisposed to further injury and arthritis.

“At the moment they are using tape or restrictive braces on your ankle when you have an ankle sprain injury but it’s never been shown to lead to ligament repair.

“What it does lead to is a long term disability. Gabriel Batistuta could not walk after retiring and wanted his ankles amputated.”

Hubbard revealed that unlike the current measures that are in place his invention is not as restraining on the ankle.

“It does not change the natural ‘universal joint’ function of the ankle which is important to the ‘drive train’ of high performance athletes,” he said.

“If have ever had your ankle tapped or braced it is all based around restricting the movement of the roll out motion and it’s not until you get to the limit of that that you can hurt yourself.