The opening match of the 2019 AFC Asian Cup came to life in the final fifteen minutes with United Arab Emirates (UAE) equalising with a controversially awarded penalty (88') after Mohamed Alromaihi had put Bahrain ahead (78’).

The game had been a pretty drab affair and looked as though it was heading for a lacklustre goalless draw until Alromaihi rose to head towards goal twelve minutes from time.

His first effort looked as though it had crossed the line, but when it was cleared he was quickest to react to the rebound to send The Red into the lead and silence the predominantly Emirati crowd of 33,878.

The Video Assistant Referee (VAR) is not being used in the group stages of the competition but will be used during the knock out rounds. The decision to award the penalty from which UAE equalised would almost certainly have been reviewed. 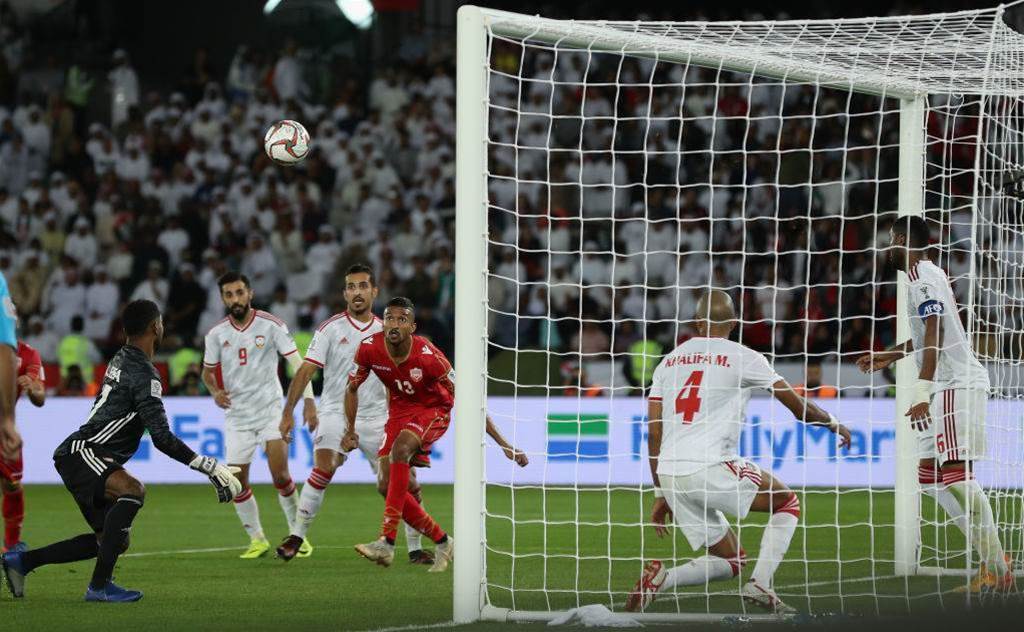 When a cross came in the ball struck substitute Mohamed Marhoon on the hand when he had made no attempt to move it towards the ball. Initially Jordanian referee Adham Makhadmeh didn’t award the spot kick but his assistant on the line instructed him to change his mind.

UAE’s substitute Ahmed Khalil who had been surprisingly left out of the initial line up slammed the ball past Sayed Shubbar to celebrate his 100th cap for his country.

In fact both sides had left out key players and their absence was felt as both teams struggled for rhythm.

UAE had known for a while that they would be without one of their star players from the 2015 Asian Cup in Australia, Omar Abdulrahman who recently tore an anterior cruciate ligament.

Bahrain also pulled a surprise in their line-up by leaving out Yusuf Helal who, yesterday signed for Czech league leaders SK Slavia Praha: the country’s only player who has a place in a European top tier club.

The two teams had met before in the group stages of the 2015 tournament and it only took 14 seconds, a record for the competition, for UAE to go one up in what culminated in a 2-1 victory. 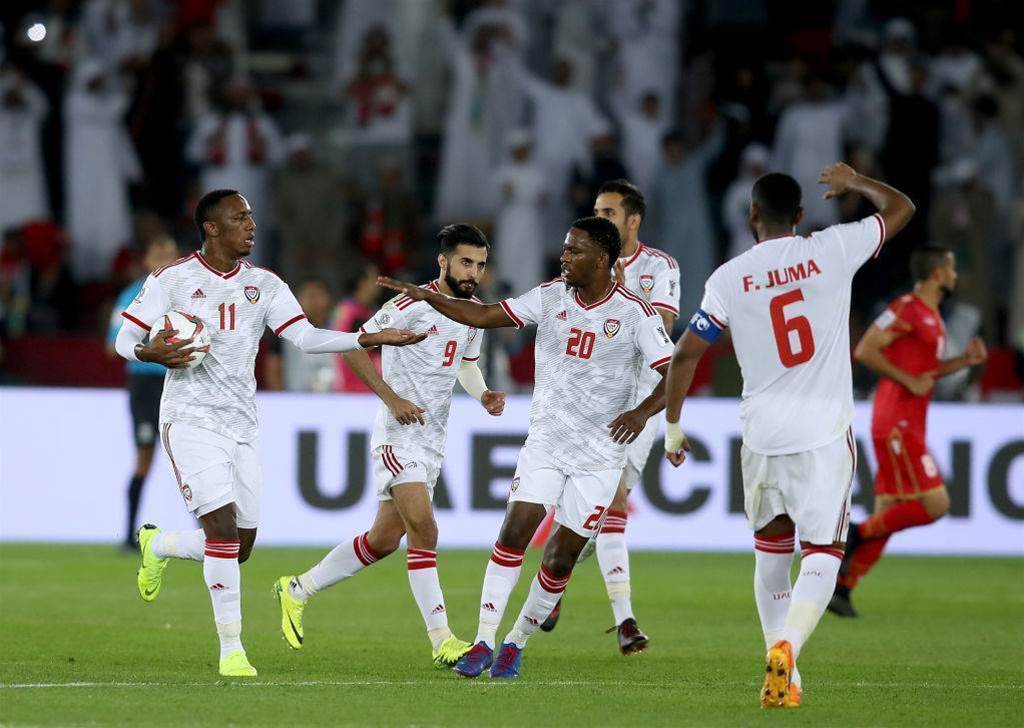 They could easily have had another early lead in this fixture when Ismail Al Hammadi was put through but in the one-on-one Sayed Shubbar in Bahrain’s goal was able to get enough contact on Al Hammadi’s effort to push it wide of the post for a corner.

Bahrain gradually got a foothold in the game producing a couple of half chances and in the 26th minute Mohamed Al-Rohaimi failed to direct his header at the far post on target.

Their best chance of the half came from a free kick from 25 metres two minutes before half-time. Ali Madan was brought down by Khalifa Mubarak and Komail Alaswad’s shot was narrowly high clipping the roof of the net.

Khalid Eisa in the UAE goal could only parry a shot from outside the area from Al Rohaimi and had to react sharply to deny Ali Madan from scoring from the rebound.

It didn’t take UAE’s coach Alberto Zaccheroni too long after the start of the second half to make a double substitution as he tried to lift his team.

In the 68th minute Ali Mabkhout had a wonderful chance to put the hosts ahead. Hamad Alshamsan sliced an attempted clearance straight into the path of UAE’s main striker. He struck his first time effort cleanly but dragged it past the near upright.

The final ten minutes belonged to UAE and the controversial penalty that got them an equaliser, produced a 1-1 result that would probably suit both teams.

They are now both expecting to take points from the other two in Group A, with India and Thailand facing each other tomorrow night, before eyes turn to Australia’s opener against Jordan 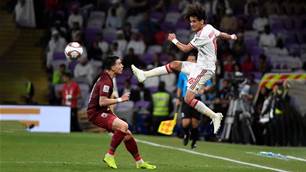 Thailand, UAE go through to last 16 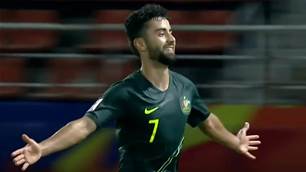