AC Milan signing Mario Balotelli has been the subject of alleged racial vilification - from none other than vice president Paolo Berlusconi.

Berlusconi - the younger brother of former Italian Prime Minister and current Milan owner Silvio - was quoted as calling Balotelli 'the household's little n---er' at a political rally in Lombardy.
And after addressing members of the public in the audience, he encouraged them to attend Milan's match against Udinese at San Siro - which the Rossoneri eventually won 2-1 courtesy of goals from the striker, who is of both Italian and Ghanaian descent.
"Let's go and watch our household's little n---er (playing)," he said to laughter.
Another race controversy could be about to boil over following last season's incidents in the Premier League which saw Luis Suarez and John Terry attract negative press for their alleged discriminatory acts towards Patrice Evra and Anton Ferdinand respectively.
Recently, Balotelli's Milan team-mate Kevin-Prince Boateng halted a friendly match against Pro Patria after being racially abused by the Lega Pro side's supporters.
Balotelli completed a January deadline-day switch to Milan for a reported 22 million euros, but it is claimed his former club Manchester City have first refusal on the attacker if he decides to move on again. 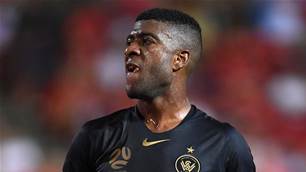