The entry of SWS has been delayed at the request of Western Sydney Wanderers who have been petitioning the FFA for a year of clear air to rebuild their fanbase at their new stadium home in Parramatta.

Fairfax and News Corp press say Western Melbourne Group are set to get the green light immediately so work can start on the club's own stadium, which was the centrepiece of their bid.

They will play out of Kardinia Park in Geelong in the interim during the promised three year construction phase.

The reported immediate backing for the West Melbourne bid is a slight surprise.

Team 11 looked to be the FFA favourite, while others may have expected that if any bid was going to be given a delayed entry it would be Western Melbourne.

That would allow stadium construction to begin in tandem with the club's creation and mean the club only played two seasons in Geelong, rather than its first three years.

Western Melbourne Group has been fronted by Australian super agent Lou Sticca and Geelong-born former Socceroo Steve Horvat, backed by a team of mysterious businessmen who have kept their identities secret during the bidding process.

The bid has promised to reveal their backers to the public if they are successful.

The Macarthur South-West Sydney bid is a merger between the two rival bids around the Campbelltown area, led by millionaire businessman Gino Marra.

It won the support of Sydney FC – which was facing a battle for fans with rival bid South Sydney Expansion – but was a concern to the Wanderers who felt it was infringing on their catchment area.

An FFA press conference is expected to confirm the announcements at midday today. 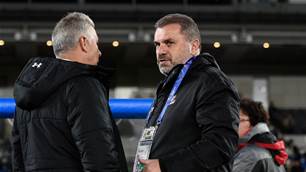