The winger finished the season in May but he says he is still chasing up months of unpaid wages from his club, Al-Jarha

Following the end of the season, Olsen and his management submitted a notice of dispute to the FIFA Dispute Resolution Chamber on September 2.

Olsen then switched Al-Jahra for Al-Khaitan in the Kuwaiti Premier League while the notice was under review but more turmoil awaited the 25-year old. 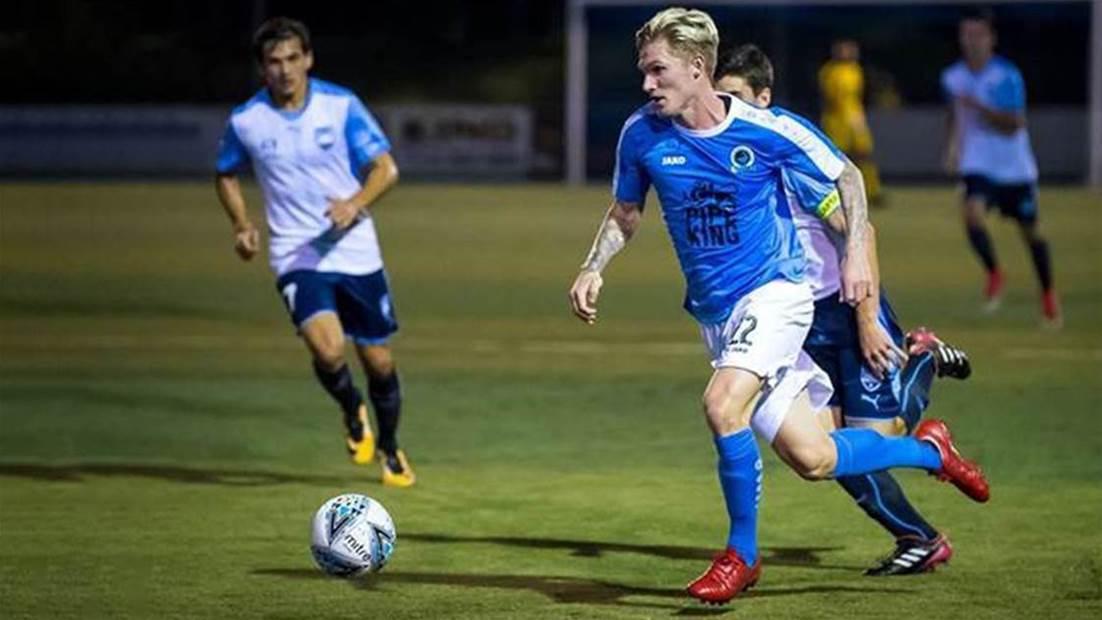 The season is set to start on Friday with registrations closing this week, but Olsen claims Al-Jahra have got the Kuwait Football Association to block him from being registered for the new season.

Olsen says Al Jahra have offered a revised take it or leave it ultimatum deal, offering him his bonuses plus 3 and a half months worth of his remaining salary.

In Kuwait a person's work permit must be signed off by their former employer before it can be transferred to their new employer.

Olsen's representatives feel they are being strong-armed into accepting the ultimatum, and believe the pay dispute with Al Jahra should have no implications on his registration to play with a new club.

In the meantime his latest club, Al Khaitan, is powerless to have Olsen registered for the upcoming season.

Professional Footballers Australia, the players union in Australia, has been brought in to help Olsen's predicament and are working with his representatives on the pending DRC notice.

Many Australians have had experience with pay disputes in Asia and the Middle East, most notably James Troisi returned to Australia in 2016 from Al-Ittihad in Saudi Arabia over to alleged unpaid wages.

Jon McKain also took his case to FIFA in 2016 over wage theft claims against his Malaysian employers Kelantan.