English football used to be known around the world as simple and brutal, with a typical four-four-two setup and the trademark crash and bash style. But with this influx of European coaches taking over at the big six Premier League teams, that has all changed, and Pep has been at the forefront of that.

When I was playing in England, I got sworn at by my manager Peter Reid 16 times in 30 seconds. That’s surely some sort of world record. But try doing that now, you’ll be out of a job in even fewer seconds than that. Times have changed, and Pep has understood that you have to embrace the off-field culture of the new generation of players.

Today, it’s about education and motivation. Man-management is everything, and that's where the new breed of coaches are getting it right. Klopp, Pochettino, Guardiola and even Unai Emery are father-figures to their players, not bosses to be feared.

Legendary manager Sir Bobby Robson used to always have his door open, and all my teammates at Newcastle United felt he was available for a chat at any time. Back then, that was unheard of. 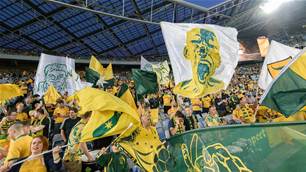 The 15 eeriest coronavirus sport photos from around the world