Sunderland boss Steve Bruce has turned to England international Peter Crouch once again as he looks to land a big-name striker.

Press Association Sport understands the Black Cats have made an offer for the 30-year-old Tottenham frontman, but that the North London club's valuation of the player is currently significantly higher than theirs.

Bruce is desperately looking for additional firepower after a relatively toothless start to the new season and, having run the rule over a series of targets, has resurrected his interest in Crouch, a player he first tried to sign shortly after his arrival at the Stadium of Light during the summer of 2009.

On that occasion, the then Portsmouth striker rejected a move to Wearside and later headed to White Hart Lane, and it remains to be seen whether or not, if Sunderland can agree terms with Spurs, they can then persuade the player to head north at the second attempt.

Bruce has already made 10 permanent signings since the end of last season, including young strikers Connor Wickham and Ji Dong-won, but has seen his side score just once in four games to date this time around, and that through midfielder Sebastian Larsson.

The former Manchester United defender has high hopes for both the England Under-21 international and the South Korea starlet, but admits he invested in potential which he does not expect to be fulfilled for 18 months to two years.

In the meantime, he wants a proven hitman to plug the gap left by Darren Bent's January exit to Aston Villa, with Ghana international Asamoah Gyan struggling for form in front of goal since the start of the new Barclays Premier League campaign.

Bruce has been linked with a series of potential targets this summer and in particular since admitting last Friday he was on the trail of a striker.

Wolfsburg's Patrick Helmes has been high on his list, but he has also been linked with the likes of Craig Bellamy and Nicklas Bendtner, men with experience of English football's top division.

However, it appears that Crouch is the player upon whom he is now pinning his hopes with barely 24 hours of the window remaining.

Competition for places in attack Spurs has increased once again with the arrival of Arsenal old boy Emmanuel Adebayor on loan from Real Madrid, and the 6ft 7in frontman could face a big decision.

Manager Harry Redknapp admitted that there was significant interest in the player, who is also wanted by Stoke, and that he could leave the club.

He told Sky Sports News: "It's up to Crouchy. I've had Peter at a few clubs. Good player, great guy as well.

"But I suppose with Adebayor coming in, it's an area that we are a little bit overloaded in and he's one that people want, so if we could do a deal with someone, then it's a possibility."

Intriguingly, Spurs have been credited with an interest in Gyan, a link which has annoyed Bruce, although it is understood the Black Cats' offer is a cash one.

The Ghana international has looked out of sorts during the opening weeks of the new season, which have seen the optimism of an opening-day draw at Liverpool fade in the wake of defeats at home to derby rivals Newcastle and away at npower Championship Brighton in the Carling Cup and Saturday's 0-0 draw at promoted Swansea.

Meanwhile, QPR are hoping to continue their spending spree by attempting to lure Sunderland defender Anton Ferdinand to Loftus Road.

The 26-year-old has started all four games to date, but with Titus Bramble and Michael Turner working their way back to full fitness and John O'Shea and Wes Brown having arrived from Manchester United, Bruce has strength in depth in that department. 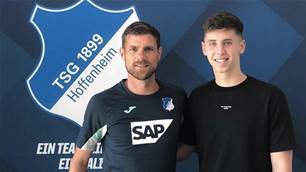