The Cottagers have disappointed in their opening fixtures this campaign however they were impressive in their 2-0 win away from home against Ipswich.

Goals from Neeskens Kebano and Rui Fonte secured Fulham’s first win of the season as they head into the international break on a high. Fulham manager, Slavisa Jokanovic will be buoyed by his side’s performance as they look to resurrect their season when Championship football returns in the next fortnight. With the recent departure of Kiwi striker, Chris Wood, Leeds fans would have expected a dip in form from their side. However, that hasn’t been the case as Thomas Christiansen rallied his men for their third win in five matches against an in-form Nottingham Forest.

The Yorkshire outfit along with Cardiff City remain the only two teams undefeated in the Championship this season.

Sunderland on the slide

Despite showing early signs of promise, Sunderland are struggling to deal with life in the Championship. Despite dominating possession against Barnsley, the Black Cats were unable to take advantage of the opportunities which came their way.

Manager, Simon Grayson needs to address the issues on the field as the north-east club sit just above the relegation places heading into the break. Although early in the season, fans will be rightly concerned by their side’s precarious league position. Much was expected from Harry Redknapp’s first full season in charge, however with one win from their first five encounters, Birmingham have very little to cheer about. The Blues have failed to dominate their opponents and often look like they’re chasing the game.

Having failed to land a number of transfer targets, Redknapp has lamented the club’s transfer activity as he looks to add further depth to his ranks. The Midlands outfit need to address their form sooner than later if they want to avoid another relegation scrap this campaign.

Norwich’s hammering at The New Den

With the arrival of German manager, Daniel Farke, Norwich fans would have been expecting a stellar campaign similar to that of Farke’s countryman at Huddersfield last season. Instead, the Canaries currently sit 22nd on the Championship ladder in one of three of the relegation places. The East Anglia outfit have conceded 12 goals so far, the most of any side in the league.

If their recent performance against Millwall is anything to go by, Norwich could be in for a dismal season. The Canaries were outclassed by a side who had yet to register their first win of the season. Under Farke, they’ve looked a shadow of their former selves and unless he can oversee a turn in fortunes, his side could be in for a hard slog of a season. 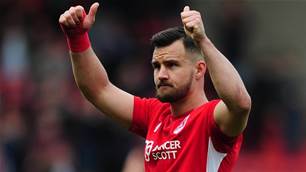