The Jets, who claimed a 4-0 win over an undermanned Wellington Phoenix last Friday, said they had experienced a "high number" of COVID-19 positive cases in the past few days.

Despite the impact on the Jets' preparations for Friday's game against the Sky Blues, the match is still going ahead as scheduled at this stage.

"While there is some small doubt around tomorrow night's game proceeding, the club are working closely with APL (Australian Professional Leagues) to determine a best solution for all parties involved," a statement read.

The club said unaffected players and first-team staff have since returned negative tests and will undertake daily testing before the match.

If the game is postponed it will create more headaches for league bosses as they attempt to finalise the remaining fixtures for the 2021-22 season.

Sydney and Melbourne City are set to play in the Asian Champions League group stages, while most teams having between eight and 10 matches still to complete in the ALM.

In response to those challenges the league released the remaining schedule for the 2021-22 season on Thursday with home-and-away fixtures now running until early May.

The final round of games will now be played on the weekend of May 7 to 8 with Brisbane's clash against Sydney on May 10, originally slated for April 25, to complete the home-and-away campaign.

Newcastle, 10th on the competition ladder, have played 16 of their 26 regular season matches while Sydney sit fifth on the standings after 18 games. 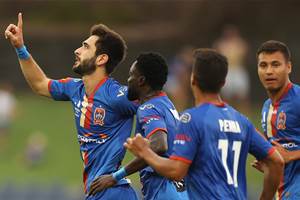 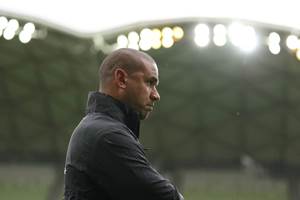