Hill, however, isn’t looking back after announcing his surprise exit from Fox Sports in recent days on his social channels.

And, fortunately, he can fall back on the experience of a similar scenario two decades ago.

In 2002, he and his colleagues lost their jobs in the UK as the ITV Sport channel went into administration.

“Back then I had similar feelings,” Hill told FTBL today.

“What am I going to do? What’s my future? But within 12 months I was on a plane to Australia.”

And Australia is where he subsequently built a highly respected career as a broadcaster, writer, and presenter.

For many fans of football, he is a familiar and well-liked voice for Socceroos and A-League games over the last 15 years on Fox Sports.

Hill said of his current situation that adapting to change is all part of life.

“I’m sort of excited. It’s a big change and one that was a bit unexpected.

“But I’ve been encouraged by the fact that already I have contact from a lot of people wishing me well and them being sorry I’m no longer going to be involved in the A-League, at least with Fox Sports.

“I’m excited but also a little bit fearful as I haven’t done this kind of thing for a long time and it is a bit daunting.

"There is some trepidation in that particularly in a post COVID world where travel is restricted.

“But I’m very grateful and humbled by all the messages I’ve received and those who took the time out to write.

"It’s been very humbling to read all these messages and say such nice things," the former Fox Sports star said.

A message to say thanks 👍 pic.twitter.com/elYOy8Y9MS

“He’s just a great guy, he lets the game flow and it’s pretty disappointing if he’s lost to our game in Australia.

"I was pretty shocked when I read the news. I’m sure players in the A-League and Socceroos will back me up when I say that.” 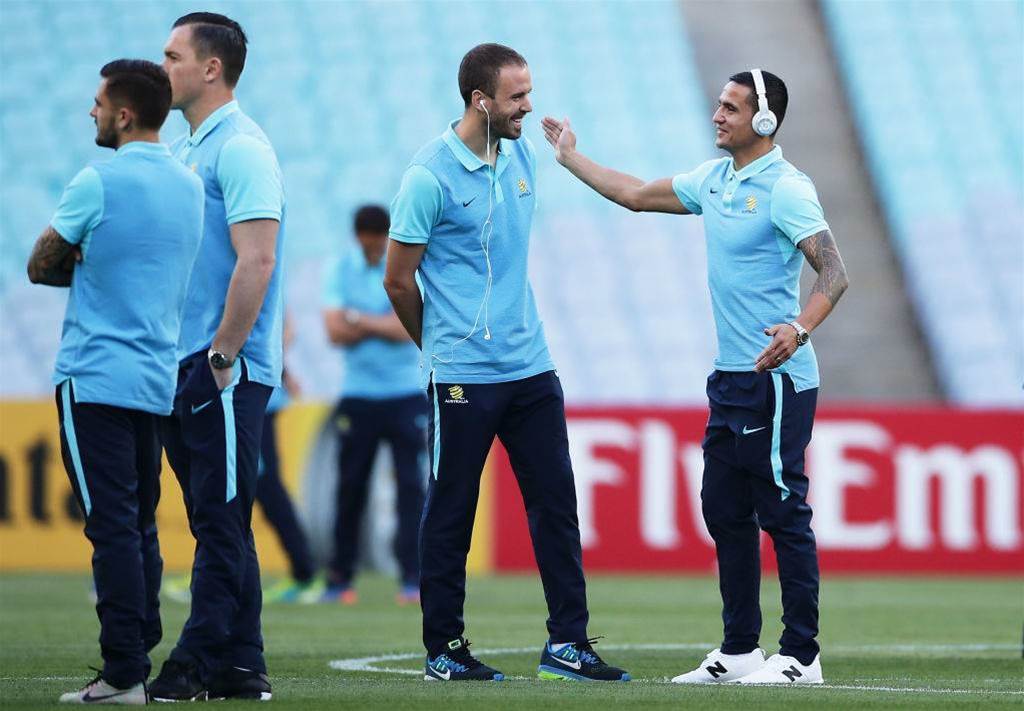 With that in mind, it’s understood Hill has already had some preliminary conversations about potential future projects.

Who knows if that sees him involved in the A-League or Socceroos again.

Last month, the voice of the A-League (as he's often referred) dipped his commentary toes into the live sports streaming arena, covering both the K-League (for Grabyo) and games for the Northern Territory federation.

Perhaps streaming companies will look to take advantage of his broadcast experience.

"I’d be lying if I said it didn’t feel strange [leaving Fox Sports] but this is my future and the cards I’ve been dealt.

“We’re in a tough landscape right now,” he added.

“But life doesn’t follow a straight path, does it. You have lots of turns in your life and it’s up to me to make this something new and exciting."

Hill has been one of the most influential and recognized voices in football in Australia since arriving from England.

Over 17 years in Australia (he began with SBS-TV before joining Fox Sports’ Socceroos and A-League coverage in 2005) he’s been a balanced and passionate voice as a broadcaster, pundit, and writer.

His highlights include the many A-League grand finals, derbies, and Big Blues (the A-League nickname for a Melbourne Victory and Sydney FC clash).

But it's some of the early A-League Sydney Derbies which fire Hill’s imagination.

“It felt like being back in Europe. The first A-League Sydney derby that was sold out at the old SFS and the first-ever Sydney Derby at Parramatta, when the stands were absolutely full was incredible.

“The noise generated by the two sets of supporters that day makes the hair on the back of my neck stand on edge, still.

“Great days and those days will be back,” he added on an optimistic note.