Perth Glory skipper Diego Castro has labelled Saturday night's grand final re-match as a test of will for his players following their slow start to the A-League season.

Glory secured the Premiers Plate with two rounds to spare last season, but find themselves mired to sixth spot this campaign with just one win from five games.

Sydney beat Glory on penalties in last season's grand final in Perth, but Castro is adamant revenge is not on his mind heading into the re-match at HBF Park.

Instead, he wants Perth to showcase their fighting spirit and climb back up the table.

"It will be an interesting game to see what we are willing to commit to in terms of the performance," Castro said.

"Now is the time, we are demanding for the squad to step up, face these type of games.

"It's not just the system or what we are playing, it's more about the will too."

Glory are yet to win at home this season, and the playing squad is desperate to make up for the shock 2-1 loss to Central Coast in their most recent game at HBF Park.

"When you have a look at the ladder it's not the best scenario for us," Castro said.

"We are not happy to be in sixth position, especially with what happened last year and the success we had. But we know we're making a lot of progress.

"We want to fight for this important game, to recover the confidence, to be there with the best."

Glory will be without defender Osama Malik (hamstring) for a second straight game, while fellow centre back Alex Grant is suspended.

Sydney are flying in second spot after posting four wins from their first five games, including last week's 2-1 triumph over Melbourne Victory.

Glory coach Tony Popovic admires the way Sydney are a title contender almost every season, and he wants his own team to mirror that.

"We're up against the biggest club. That's something they've established over a long period of time," Popovic said.

"We're on a path that we want to be among those two Melbourne teams and those two Sydney teams as regarded as a big club, and that takes time.

"But first we need to establish ourselves as a big team, and for that we need consistency."

*Perth Glory are winless in their past three A-League games at home (D1, L2). The last time they went longer without a win on home soil was a five-game stretch to begin 2015 (D2, L3) 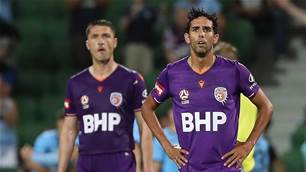 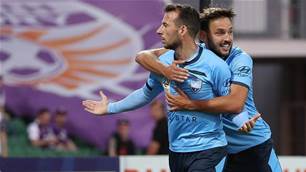