Adnan Janzaj settled a tame affair in Kaliningrad as Belgium quailed for the knockout stages by winning Group G with a 1-0 victory over England.

Both sides had already reached the round of 16 before the game kicked-off and it showed, in a game which drifted along for large periods.

Belgium manager Roberto Martinez made nine changes, while England swapped eight of the players who started against Panama last time out.

Overall, the Belgians shaded possession and offered more power and strength through midfield.

Here are our player ratings.

Parried an early effort from Touri Tielemans and spilt a cross which appeared comfortable. Looked like he got a fingertip to the goal.

Strong in the air on the right side of a back three. Made an important goal line clearance following a goalmouth scramble.

Won most of his duels with Michy Batshuayi and made some important clearances. Subbed off at half-time.

A few loose passes when trying to play out from the back.

Trusted to take set-pieces. Put in an energetic performance at wing-back. 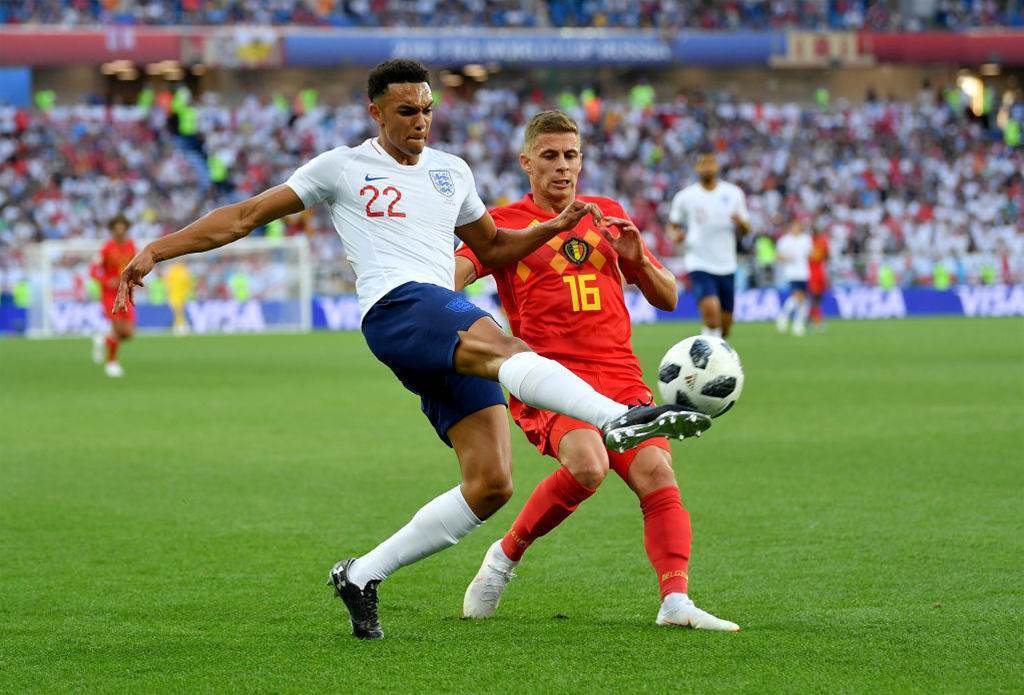