Canberra has traditionally suffered from a perception that there's little to do in the city, especially on weekends.

But times have changed and the new stadium's location is designed to take advantage of the city's growing cafe/restaurant/bar scene as part of a weekend summer getaway.

For visiting fans, it’s a relatively safe city and value for money, and a short flight from Victoria and South Australia.

The purpose-built rectangular stadium will be more convenient than the current Canberra Stadium as it is located in Canberra's centre, with views of Lake Burley Griffin and Parliament House.

The Canberra A-League Bid are getting all their ducks in a row thanks to the ACT Government, who have funded a $20m home of football set to be built in 2021 at Throsby, a venue which could also house A-League operations.

Winter codes NRL and Union are expected to play at the new rectangular venue. A-League in summer would complete the usage trifecta. 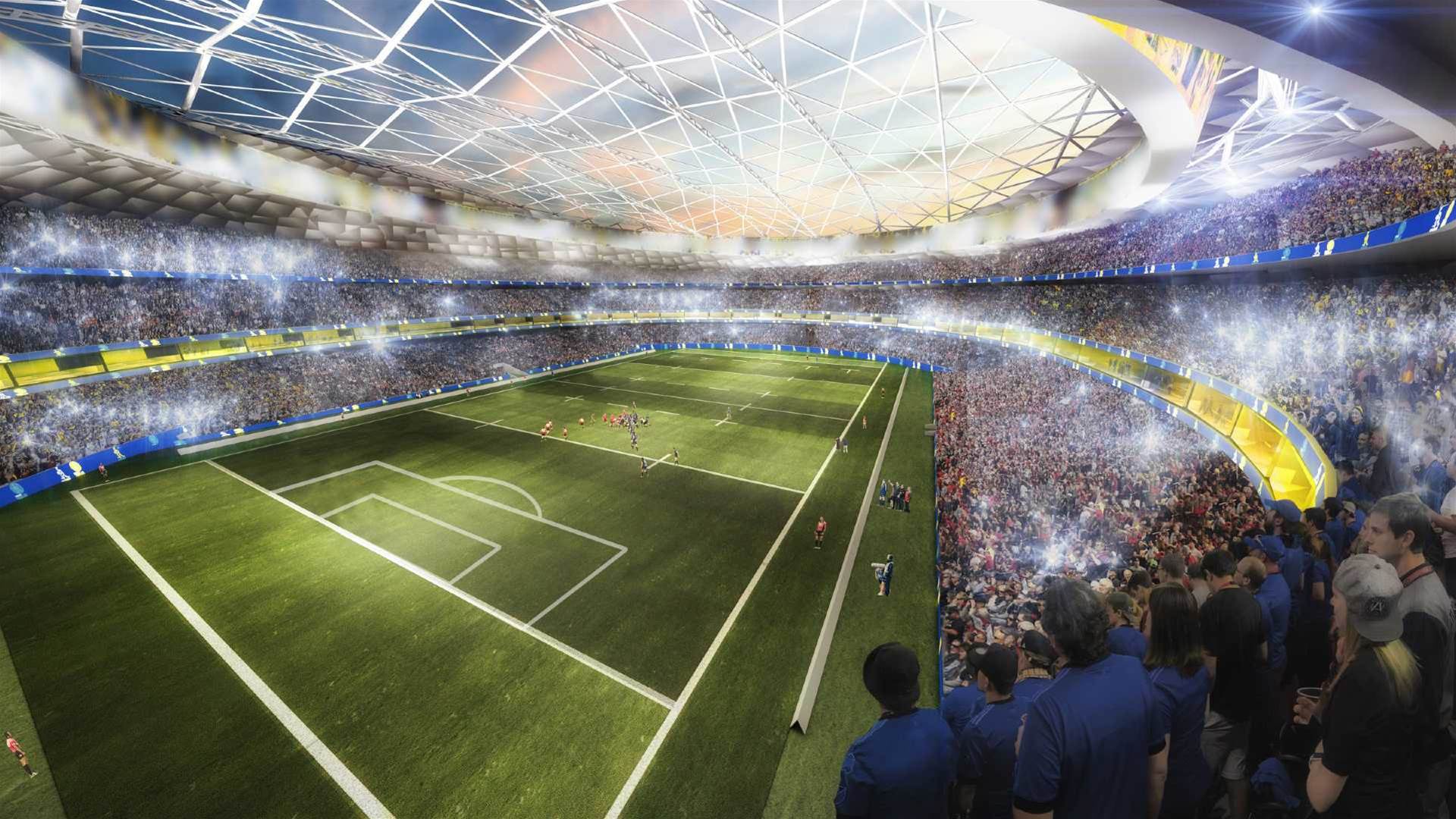 But, for the stadium to be built, the ACT government needs to see an A-League licence awarded in order to justify building a year-round venue, said to cost anywhere from $400-700m.

“An A-League club is very much part of the business case for a new stadium in Canberra. It needs year-round usage. And a Canberra A-League team can provide that,” he added.

Canberra’s other football codes - NRL and Union - are united behind the idea as Canberra continues to make its case for inclusion into the A-League.

The ACT government is considered one of the most progressive in the country when it comes to sport.

Their upgrades on Canberra cricket venue Manuca Oval and a $20m commitment to a Home of Football in Canberra are two examples.

“The Home of Football is being built next year. It’s the sort of set up clubs in the EPL would die for.

“The ACT Government always puts its money where its mouth is when it comes to sport.

"They gave us a commitment of $12m minimum for the next 10 years for our own [A-League] team to fund operations.

“We’ve got international investors interested in these types of stadium projects in terms of delivering the stadium in Canberra.

“But the current way forward is looking like a government-funded initiative,” Caggiano explained.

One new A-League club enters the competition this year in Western United, based in Western Melbourne.

In 2020, Macarthur Bulls from Sydney’s sprawling south-west will make it a 12-team competition.

Canberra believes the next phase of expansion should focus on the nation’s capital, as they continue pushing their case for inclusion.

"Our proximity to the ACT and Federal government is an asset that can't be denied. It's always great to have a club here from that viewpoint," he added.

And with no professional sports franchise based in nation’s capital in summer, the A-League is the missing ingredient for sports fans in the ACT and proponents of the new stadium.

It's estimated the time to build such a stadium would be similar to the timeline taken to construct the new BankWest Stadium in Parramatta.

“We’re a bit of a dream maker in that we’re working with the Canberra Raiders [NRL] and the Brumbies [Union] who are very supportive of what we’re trying to do.

“So we’re all coming together to get this next level stadium up,” Caggiano added.