The Aussie exodus to Scotland has gathered pace with the Western Sydney Wanderers duo of Keanu Baccus and Phillip Cancar jumping aboard the Tartan train.

A day after Scottish Premier League strugglers St Mirren confirmed the signing for next season of midfielder Baccus, FTBL can reveal that defender Philip Cancar has agreed terms with mid-table Livingston.

There are now eight Aussies - headlined by Tom Rogic at Celtic - in the Scottish Premier League.

With ex-Wanderers defender Dylan McGowan at newly-promoted Kilmarnock the number of Aussies in the SPL has swelled to eight - and counting.

Baccus, 23, has spent six seasons at Wanderland, amassing 103 A-League appearances - but has been on the wanted list of several overseas clubs over the past two seasons.  The midfielder is also an Olyroos player who took part in last summer's Tokyo Olympics.

He has signed a two-year deal with the Buddies, who are five points clear of a relegation playoff with four games left.

Former Sydney FC junior Cancar, 20, has previous overseas experience in Croatia, where the centre-back was on the books of Lokomotiva and NK Dragovoljac.

He has made 12 appearances this season but was frozen out by the Wanderers hierarchy after making it clear he would be departing at season’s end - 16 months after joining the club.

Livingston, once home to Scotland’s Aussie-born striker Lyndon Dykes, sit eighth on the ladder 10 points clear of danger with coach David Martindale believing he can help mould Cancar into another Aussie success story at the club. 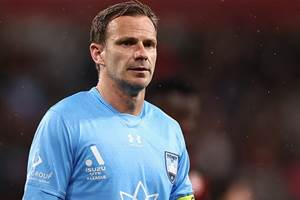 Sydney FC will finish their Asian Champions League group stage without the leadership of their captain. Their first must win-game is to take place early in the hours of Friday morning. 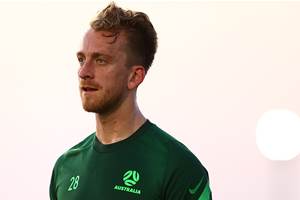