Mile Jedinak has hailed the Aussie fans who turned up to Kazan Arena on Saturday, revealing it gave the team palpable excitement.

The Socceroos fell 2-1 to the world no.7 in controversial fashion, however most of the feedback from the fans has been positive.

The opening match of Group C saw 41,279 people packed into the stadium with the out-numbered Aussies belting out the national anthem.

And Jedinak said it had a genuine effect on his team.

“It was a home game, it goes without saying, I think once you heard that anthem, you knew,” Jedinak said in Kazan on Sunday

“I think that was probably what gave us that extra bit of energy, it made us grow a little bit as they say.

“You felt it straight away, and you wanted to stress that to the boys, because when you’re playing on the biggest stage and you are so far away from home, to see so many of your fans there, singing that anthem, was truly remarkable.”

There was a sense of uncertainty as to who would captain Australia at this World Cup, with speculation Trent Sainsbury could lead the side.

Jedinak ended up wearing the armband and said the questions over leadership did not affect his preparation.

“You prepare as usual, you’ve got something bigger, it’s a huge tournament and there’s a buzz around the place,” he said.

“You’ve got boys and kids here in this environment for the first time and you need to make that environment as special and wonderful as you can to create some great memories.

“Doing it now on this stage, in front of such a vocal crowd yesterday with many friends and family in the crowd…to do it for people back home is something I’m hugely proud of.”

Australia now have to get a result against Denmark in Samara after the Danes downed Peru 1-0 in Saransk on Saturday.

Denmark’s highest profile player is Tottenham Hotspur’s Christian Eriksen, however Jedinak said it wasn’t all about him.

“We know he’s a fantastic player and a huge role to play, we’re not trying to focus on that,” he said.

“We’ll focus on them as a whole and collective and he’s just one of the guys we’re going to have to stop.

“I think we have to worry about ourselves as well, how we’re going to implement our style on them and see if they can deal with that.” 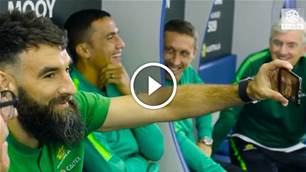 Hey Socceroos...Prime Minister on the phone 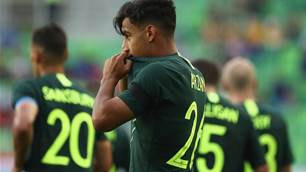 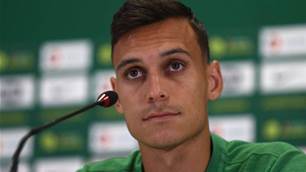