Almost 20 goals this season is a testament to the former A-League playmaker’s powers.

In fact, this is Smith’s last season.

But for now, he’s hoping for a fairytale finish in the FFA Cup with the rampaging red and whites.

A mix of youth and experience, well managed by the rising star of Aussie coaching Ben Cahn and with proper active support, the Goodwin Park outfit loom as the NPL side to watch in the Round of 16.

Olympic progressed on the back of an eye-catching 5-2 rolling of WA outfit Baysie in the Round of 32.

Assist-King Smith and hat-trick hero Chris Lucas were in smashing form on a night when Olympic laid down a marker.

“We always believe we can score. No matter the opposition, there are always goals in us,” Smith told FTBL.

“Players like myself and Matt Mundy can guide the young players through the big games. The youth can do all the running! 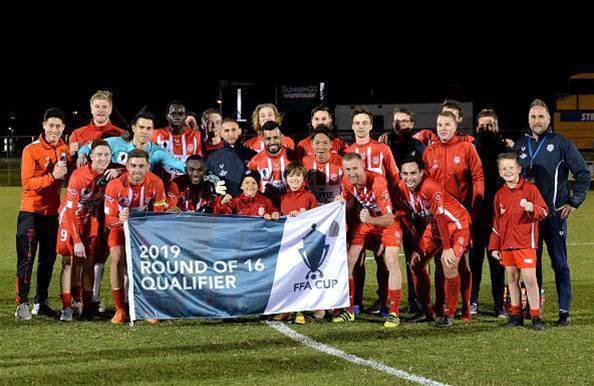 “In all seriousness, we have some really talented young boys who are good enough for the next level.