The remaining FFA Cup Round of 16 match between National Premier League side Gold Coast Knights and A-League team Melbourne Victory has been rescheduled for this week.

The final Round of 16 game was originally on the books to be played last week.  However, the potential exposure of Melbourne Victory players in their A-League Derby game against Melbourne City, when six City players subsequently tested positive for COVID-19, required Football Australia to postpone the FFA Cup game.

It has now been rescheduled and confirmed to be played tomorrow.  As per FA guidelines, the match is to be played at the National Premier League team's home stadium as it falls under the governing body's authority.

Melbourne Victory will therefore be making the journey to Queensland to face Gold Coast Knights at the Croatian Sports Centre in Carrara.  The NPL Queensland's Knights are the last remaining non A-League side in the competition.

Gold Coast Knights progressed to the Round of 16 by beating Far North Queensland Premier League side Edge Hill United in the Round of 32.  Melbourne Victory saw off Adelaide City.

While fellow NPL side APIA Leichhardt had made it to the Quarter-Finals, after their historic Cupset against Western Sydney Wanderers in the Round of 16, their FFA Cup fairytale was ended by Central Coast Mariners who decisively beat the NSW side by a scoreline of 6-0.

At present Mariners are the only team to have qualified for the 2021 FFA Cup Semi-Finals.  Two of the remaining three FFA Cup Quarter- Finals were postponed last week alongside this Round of 16 game.

The winner of this Round of 16 between Gold Coast Knights against Melbourne Victory will meet Adelaide United in the remaining Quarter-Final Match. 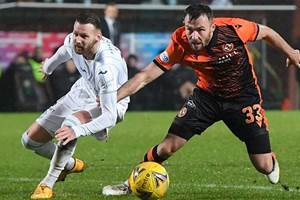 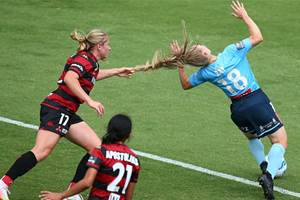 Four matches occurred in a thrilling A-League Women's weekend that included a remarkable comeback, a record breaking goal scoring match and a valiant effort from the league's newest side.