Mitch Austin opened the scoring with a tap-in from a rebound before James Troisi, fresh from inking a new deal with Victory, pounced on an errant Thomas Kristensen to make it 2-0.

Two dubious penalties against Jack Hingert and Jade North early in the second half allowed Victory to extend their advantage, with Besart Berisha converting the first.

Berisha was fouled by North for the second spotkick, leaving him injured, allowing Mark Milligan the opportunity to step up and convert upon his Victory return.

The Kosovo international added Victory's fifth before new Roar signing Peter Skapetis pulled one back in stoppage-time with a beautiful left-foot strike from outside the box. 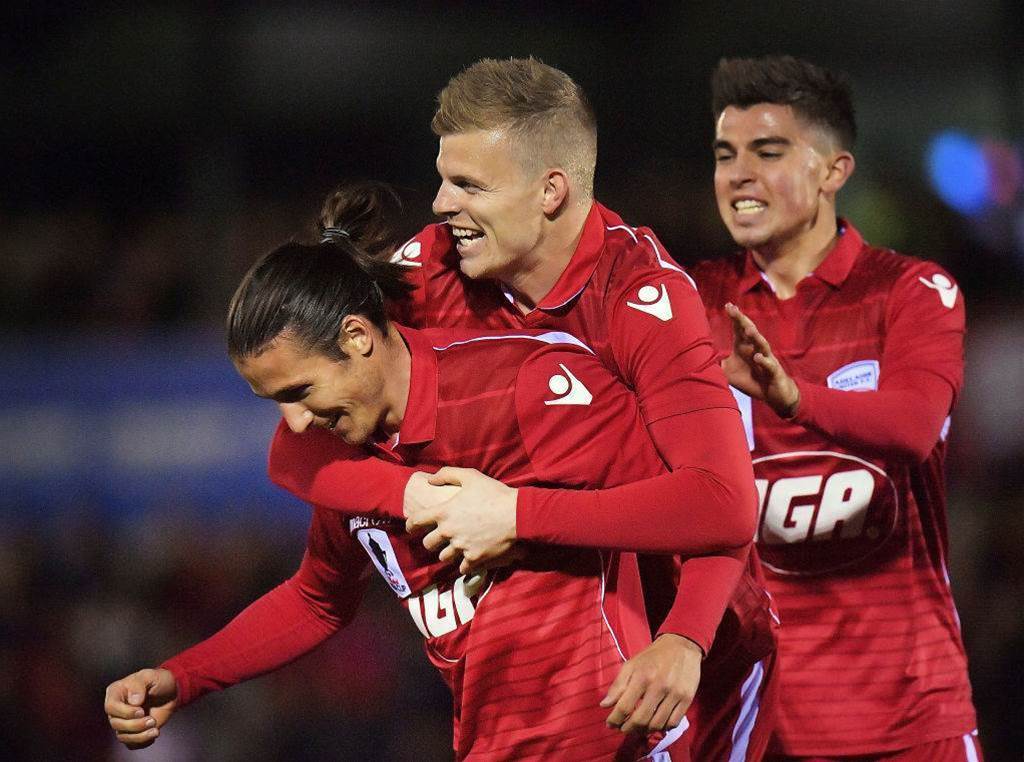 New Danish signing Johan Absalonsen provided the assist for the winner as life under Marco Kurz started with a win for United.

Absalonsen's corner found Michael Marrone, who headed home inside the box for the decider.

The Jets, in their maiden competitive game under new coach Ernie Merrick, should have equalised on 86 minutes, when Kosta Petratos spurned a close-range chance.

Petratos' initial shot was saved on the line by a diving Jordan Elsey, before he fired the rebound over the bar from point blank range.