While Kuwait were not a strong opponent, much can still be taken from Graham Arnold's first game in charge of the Socceroos

At times the Socceroos were arguably caught overplaying in possession during the last qualifying campaign, to the detriment of results. Graham Arnold may have found a way to beat teams such as Kuwait in unrelenting conditions not suited to a constant press.

In contrast to Ange Postecoglou’s emphasis on a possession-first playing style, the Socceroos were happy to cease possession and choose when to press in the second half, which provided Kuwait with an opportunity to conjure their best efforts on goal.

Still, Kuwait were restricted to shots from distance, as the compact Aussie defence stood in the way of their efforts at counter attacking.

2. Striker is still up for grabs 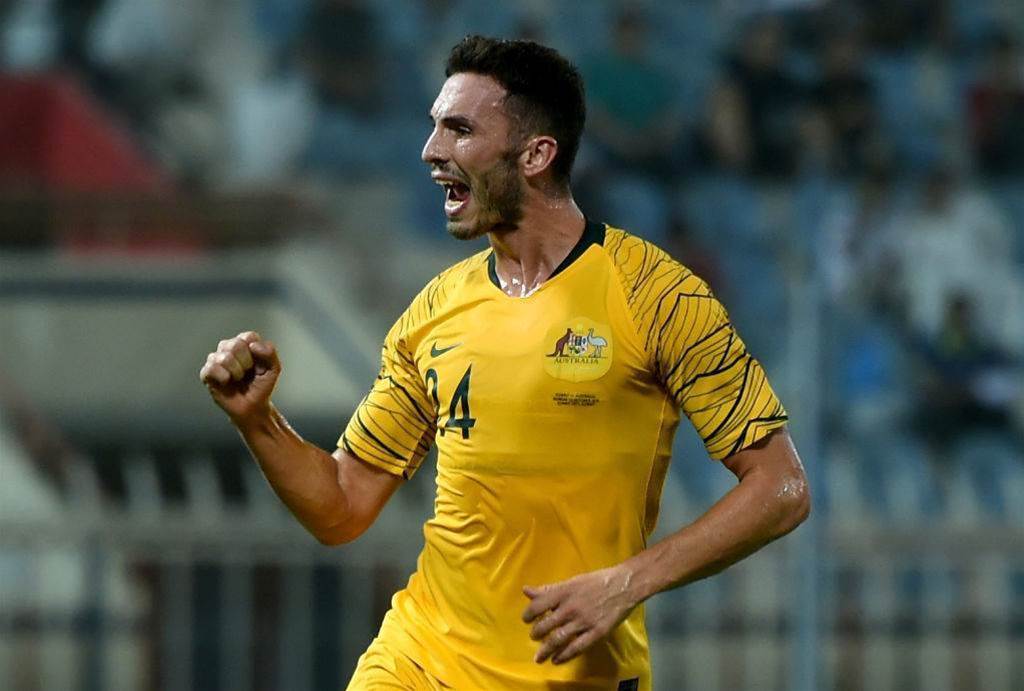 Apostolos Giannou scored his first goal for the Socceroos

Arnold’s comments in the build up to this clash referenced a need to get more players in to the opposition box in order to have a greater chance of scoring and to take the weight off the striker’s shoulders. Simple enough to say.

While the first half (and latter stages of the second) displayed this focus, the Socceroos still lacked a cutting edge and decisiveness at times. Sometimes, to put it plainly, the Socceroos just will not shoot. In the battle between Apostolos Giannou and Tomi Juric, it was arguably Juric who impressed more in his substitute cameo.

Giannou’s preference to create from deep differs to Juric’s desire to link in and around his teammates in the box. Potentially, Jamie Maclaren (or Mathew Leckie in a shifted role) could provide a solution to the figurehead position at the top of the formation.

One thing is for sure, South Korea in November will be a sterner test.