Football Victoria has revealed they have formally requested permission from the Victorian State Government to resume competitive training and matches as restrictions continue to ease.

In a statement penned by CEO Peter Filopoulos and posted on FV's website on Monday, Victorian football’s governing body revealed that they have formally written to the Andrews' State Government requesting to commence competitive football from June 22.

In addition, the provision of a roadmap of when restrictions on the number of people able to gather at games and training will be wound back over a pre-determined timeline has been sought, as have guidelines over the use of canteen facilities, indoor club rooms, social clubs and change rooms.

Football Victoria CEO @peterfilopoulos has provided an update for the football community on the status of Return to Football activities. 📄 Details: https://t.co/ddhfsI8c2f#LiveLoveFootball pic.twitter.com/iHZgbCVbGj

As of June 1, groups of 20 people in Victoria are now permitted to engage in training in an outdoor setting in addition to a coach/instructor or the minimum amount of support staff that are reasonably required to run an activity.

Indoor activity, however, remains barred and participants engaging in activity in an outdoor setting are required to maintain social distancing of 1.5 meters wherever possible – meaning that contact between participants is still barred for those taking part in the training.

FV said that further advice may be forthcoming from Sport & Recreation Victoria later this week, while they have been advised that a further lifting of restrictions may occur on June 22.

There are currently 74 active COVID-19 cases in Victoria, with four new cases diagnosed in the state overnight.

As part of FV's statement, Filopoulos also revealed the dates that – dependant upon approval from government and health authorities – would see a return to football.

Previously targeted for June 20, competitive Junior NPL fixtures are now aiming for a June 27 resumption, whilst community club juniors are now proposed to commence on June 28.

After previously having a targeted return date of June 28, community seniors are now pencilled in for an 11 July re-start while the return of competitive senior NPL fixtures now has a proposed recommencement date of July 10.

“We emphasise that these are only target dates and are subject to further advice from the Federal and State Chief Health Officers and may be revised should the Victorian Government and SRV advise new dates as we move through the announced stages for the resumption of sport," Filopoulos wrote.

FV last week released principles that were guiding the federation’s plans for the resumption of football, including the removal of relegation – but retention of promotion.

Several clubs in Victoria's senior NPL1 competition have expressed reservations about returning to football in 2020, citing apprehensions surrounding health, operating costs and competition integrity amongst their reasoning in conversations with FTBL.

FTBL understands that reluctant NPL1 clubs are set to meet with FV on Thursday for talks that over the resumption of the Victorian top-flight, with only South Melbourne, Green Gully and Hume City having publicly committed to playing.

Should there not be enough sides available to stage a full NPL1 season, it is likely that a hybrid competition that would see top-tier sides play NPL2 clubs would be explored – with the promotion spots going to the highest finishing sides eligible.

All clubs are believed to have signed off on plans for a full NPL1 U18 and U20 season regardless of the circumstances involving the senior competitions.

As part of their principles of returning to the field, FV advised that clubs wanting to sit out the season due to COVID-19 related issues could do so without losing their place in the pyramid on the condition that team entry/license/participation fees were paid by October 31.

A number of rebel clubs, though, are bristling at being required to pay fees for a season they believe to be have been made untenable through no fault of their own.

As part of Monday’s statement, Filopoulos wrote that FV was “reviewing the 2020 season fees and competition structures with a view to accommodating the financial impacts across players, clubs, and Football Victoria itself.” 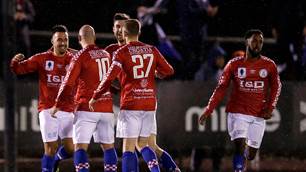