National Premier League and grassroots football in Victoria has hit a major milestone, with Football Victoria announcing its revised competition dates for the COVID-19 hit 2020 season.

Under plans announced by the Victorian governing body on Friday, NPL Junior boys would be the first return to the field: commencing their campaign’s on the weekend of July 4 and 5. A week later, NPL junior girls, community club juniors and MiniRoos will return to action.

Senior competitions stretching from men’s and women’s NPL, the newly launched VPLW, State League seniors and Metropolitan and Masters leagues would return on the weekend of July 26 and 26.

The announcement’s from FV come in the wake of a proclamation from Victorian Premier Daniel Andrews last Sunday that senior community sport could resume full contact training on July 13 and commence full competition on July 20, which followed on from a previous easing of restrictions for competitors under the age of 18 from June 21.

An uptick in infections in the state led to the reimposition of some restrictions by the government on Saturday, however initial appearances that the new measures will not affect the rollout of football. A continued spike in infections, though, would almost certainly lead to further restrictions and the delaying of FV's plans.

Statement from the Premier on changes to restrictions in Victoria: pic.twitter.com/AcQxG4clmY

A revised fixture was not included by FV as part of the release nor details around the possibility of live crowds being able to attend matches - although the latter is now highly unlikely in the short-term in light of new restrictions. It is understood that FV will continue to stream a selection of NPL and Dockerty Cup fixtures upon resumption, with the possibility of further NPL2, NPL3 and even State League fixtures being broadcast in the wake of an expected shorter NPL1 season.

The NPLW Victoria season, which shrunk to eight teams in 2020, is believed to be commencing with a 14-game home-and-away season followed by a finals tournament for the top four finishers.

While it may have swept away in the fanfare surrounding the announcement of a revised A-League broadcast deal and potential sweeping changes to the Australian football calendar, the announcement concrete announcements of dates are set to provide important clarity to the 76,000 players, 2600 coaches, 1400 referees and 2500+ volunteers registered in the state.

FV has previously announced a series of fee relief and refund proposals designed to aid clubs in taking the field and as part of its principles for return and Victorian football will proceed without relegation in 2020 - although the carrot that is promotion will still exist from teams entered into competition’s that offered it prior to the shutdown.

“On behalf of the Board and the entire FV team, we would like to thank our football community for their patience, unity, hard work and commitment to our great game over recent months as we have all navigated a very challenging period,” FV CEO Peter Filopoulos said.

“Our club volunteers continue to be the foundation stone of our game and we sincerely appreciate their dedication and diligence.”

The formal locking in of dates of return represents an important step in what has been tumultuous efforts to see football played in 2020.

FV had previously announced targets for a late June start for juniors and early July start for its senior competitions, only for these plans to be dashed by the dates of return announced by the Premier.

That blow coincided with tense negotiations between the federation and NPL1 clubs, whose bottom lines have been hit hard by COVID-19, over the of the resumption of the top-flight Victorian season, which was five games old at the time of its suspension.

Citing concerns surrounding health, financial viability, and competition integrity, up to 11 NPL1 clubs at one stage appeared set to sit out 2020.

Following the latest proposal put to NPL1 clubs by the federation, though, FFA Cup specialists and reigning champions Bentleigh Greens will be the only NPL1 side not taking the field in 2020. Heidelberg United, Avondale and Melbourne Knights had initially appeared set to join them but opted to play after last-minute negotiations.

As part of the COVID-19 dictated principles of returning to play, the Greens will be able to retain their place in the NPL1 for 2021 contingent upon the club playing it is $25,000 senior men’s licence fee for the season.

A number of NPL1 players, whose wages are set to shrink or even become non-existent in the face of COVID-19 enforced cuts to their club’s budgets, have also expressed confusion around their ability to move to new clubs in lower tiers to attempt to recoup some of their shortfalls. 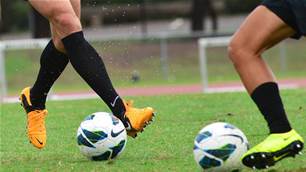