24-year-old Perth native Gethin Jones is starring at Bolton Wanderers after joining the club from Carlisle United in the offseason.

Jones is cutting an important figure for Bolton in England's League Two as the club seek to rebuild, with the 24-year-old one of 15 new faces at Reebok Stadium.

Bolton have fallen dramatically since the glory day's of Sam Allardyce, with their relegation from the Premier League sparking a three tier fall over the past decade.

But Jones is now hoping a new attacking mantra at the club can help steer them - and his career - in the right direction.

Jones was a long-term Everton academy player, spending four years at the Toffees academy over a period when it was the best in England. During that spell he became a regular for the Welsh youth teams, making nine appearances for their U/21 side. A full international cap was not forthcoming however, leaving Jones still eligible for the Socceroos should his form allow one day.

“The manager wouldn’t have brought us in if he didn’t think we were capable of getting out of this division,” he told The Bolton News.

“That’s the main objective for us this season. We’ve got to come in every day and aim for that. The last six weeks of pre-season have been hard but very enjoyable.

“We are working hard on the training ground on how we want to play.

“We are going to be a very attacking team this season so we just need to be prepared so that when we do lose the ball in attacking situations we need to close teams at the back." 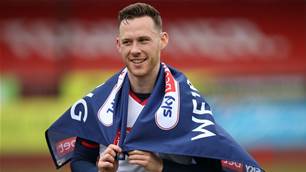 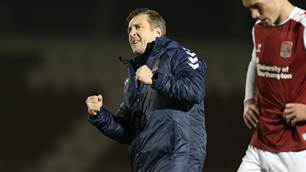 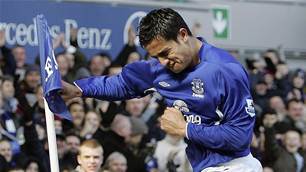