Brisbane Roar have returned to training ahead of the A-League season resumption without coach Robbie Fowler, who remains in England.

Brisbane Roar have begun preparations for their A-League return but the immediate future of coach Robbie Fowler remains unclear.

Fowler and right-hand man Tony Grant returned to England during the COVID-19 shutdown.

Despite FFA confirming on Tuesday the league would resume on July 16 and teams returning to training, both men are yet to make plans to return to Australia.

Roar held their first training session since the March shutdown on Thursday with another assistant, Darren Davies, taking the reins.

Davies will remain at the helm for at least the next two weeks, with Liverpool legend Fowler and Grant both needing to clear a 14-day quarantine when they do return to Australia. 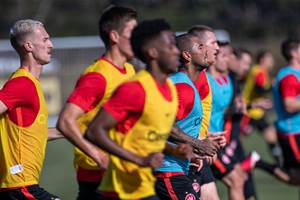 A former Welsh under-21 international, Davies filled in as Roar's interim coach last season following the departure of John Aloisi in 2019 leading the club to three wins in 18 matches.

Their first match back is against Adelaide United though it is unknown if the match will be played in Queensland or Sydney as part of a quarantine hub and a date is yet to be confirmed.

If border restrictions allow, the match against the Reds is likely to be played at Dolphin Stadium in Redcliffe, north of Brisbane. 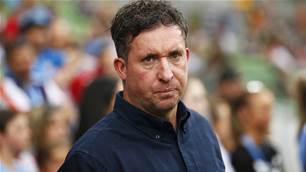