MILAN president Silvio Berlusconi claims that Adriano Galliani will not be leaving the club.

Vice-president Galliani claimed on Friday that he would be stepping away from San Siro due to his reputation being "seriously damaged" by ongoing turmoil at the Serie A giants.

Rumours of a rift between the pair have been rife in recent times, with a poor start to the Serie A season only serving to increase the pressure on the hierarchy.

Milan sit 13th in the Serie A table, already 20 points behind reigning champions Juventus, and they have slumped down the division following a run of just three wins from their first 13 games.

However, Berlusconi now expects Galliani to prolong his 27-year association with Milan after a reported four-hour meeting on Friday.

"Serenity has returned to AC Milan. Adriano Galliani will remain in his position," Berlusconi told ANSA.

Galliani himself refused to confirm Berlusconi's claim as the squad departed for Catania ahead of Sunday's Serie A clash.

He told the club's official website: "It is not up to me to comment on the words of president Berlusconi."

Meanwhile, Milan coach Massimiliano Allegri has urged his players not to be distracted by off-field matters.

"The thing that we need to do, notwithstanding all that's happening in the club, stuff that everyone around the world can see, is get good results and get back in the high quarters of the Serie A table," he told a press conference.

"Getting wins will bring more serenity to the club, but we need to do it because it's our duty.

"We need to stop thinking about the problems of the club and concentrate only on football."

Stephan El Shaarawy has been included in Allegri's squad for the trip to Sardinia and could make his first appearance since September after a foot injury. 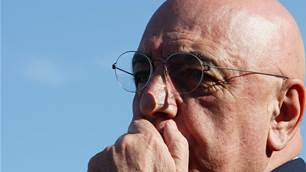 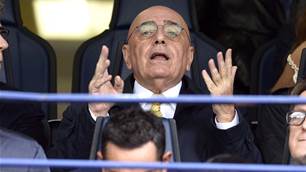