More COVID-19 cases among Perth Glory's squad has forced Sunday's A-League Men clash with Melbourne City and next week's match against Newcastle Jets to be postponed.

Glory stars including Daniel Sturridge, Bruno Fornaroli and Brandon O'Neill had been among a group of at least five players to have contracted the virus last month.

But a second wave has now come through the club, with a number of other players now unavailable for selection.

"If we fielded a team on the Sunday I would have had to put on my boots, and that's not good," chief executive Tony Pignata said.

"We would have maybe had a squad of 11 players and two keepers. It's just unfortunate, it really is.

"It's unfortunate, we want to play, we know we need to catch up on games.

"But we don't have the players available to get out there and play, given we've had quite a few cases and we continue to have cases."

Pignata is confident the Glory will be back in action against Central Coast on February 13.

There's also hope Glory can return to Perth in late February to host games under a fly-in, fly-out model for visiting sides.

Glory's entire season has been a stop-start affair due to COVID-19.

They got stranded in Queensland shortly before Christmas after one of their players tested positive, with the squad forced to spend seven days of isolation in Brisbane before another seven days in Perth.

Glory endured another COVID-forced break last month after a number of players were struck down and the group has now been hit again.

Perth have played just seven games this season, the equal lowest among the league.

They sit second bottom with two wins and one draw.

"It is another blow. We always knew when we went into NSW, we were the last club in there and we were expected to get cases," Pignata said.

"We were hoping to avoid it but maybe that was wishful thinking.

"A lot of the teams have already had their cases and postponements, we're the last cab off the rank.

"We haven't played many games over the last couple of months. We've had quarantine back in Perth and so forth.

"It puts us behind the eight ball but we need to make sure our players are healthy." 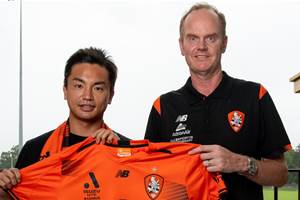 Brisbane Roar have signed Japanese striker Ryo Wada on loan from J-League club Sagan Tosu for the remainder of the A-League Men season. 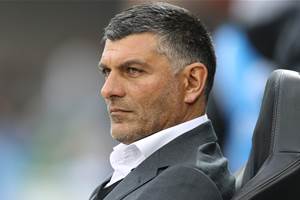