ADELAIDE United head coach Josep Gombau has lashed out at critics in the media and terraces alike, claiming if they can't see the Reds are playing well then they 'don't understand football'.

Gombau's bid to turn Adelaide into the Barcelona of the A-League has so far flattered to deceive in the opening nine rounds with the Reds third last on the ladder with just six points.

Adelaide lost 2-1 to league leaders Brisbane Roar last week as they again wilted after half-time, following a promising opening half, but Gombau was thrilled by his team's performance and effectively argued those who think the Reds played badly just because they lost are football imbeciles.

"The team is playing well," the 37-year-old Spaniard said ahead of his side's clash with Central Coast Mariners on Saturday.

"If you don't see this, it's that you don't understand football, honestly.

Adelaide's only win this season came in the opening round when they defeated Perth Glory 3-1 - a performance Gombau described as 'horrible' on Friday - and the Spanish coach questioned the knee-jerk reaction to his team's poor start to the season, considering the absence of relegation in the A-League.

Gombau claimed it takes three years to teach players the possession-based style he prefers and reckons one year of poor results will be worth the long-term gains he expects to the Reds to reap.

"In professional football, I understand, results (are important) but in this league, without relegation, what happens if a team invests one year to be strong for next season?" Gombau said.

"I am tired every week to answer the same questions."

Gombau added that he believes the Reds are playing some of the best football in the A-League and argued the reason his team continue to give up leads - they have conceded more goals in the second half than any other team this season - is because he refuses to lock games down and instead expects his players to maintain possession and keep learning.

The former Barcelona football school coach believes his style of play has to become instinctive before his team are able to produce consistent victories.

"Sometimes the players need to think what they need to do in the field and for this, just one time, that they lose concentration, we have a mistake and this mistake finishes in (an opposition) goal," Gombau said. 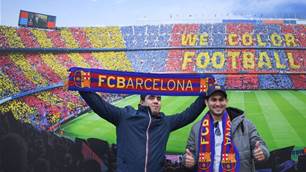