REAL Madrid striker Gonzalo Higuain believes it was crucial his side proved they could live without Cristiano Ronaldo and Kaka after overcoming the absence of the two big-money summer signings to down Valencia.

World-record signing Ronaldo missed the trip to the Mestalla through suspension after his sending-off against Almeria last weekend, while Kaka was out through injury.

Despite having around £135million worth of talent unavailable, Madrid still triumphed 3-2 in a hard-fought encounter with Unai Emery's third-placed side.

Higuain, who scored two of his side's goals to take his tally to eight for the season, said: "The important thing was to show that without important players we can still win.

"After twice seeing (Valencia) draw level we had the courage to win at a difficult ground against a direct rival."

He added: "I'm very happy with my two goals after failing to make the most of the two chances I had in the first half."

The result meant Madrid cut Barca's lead back to five points after the Primera Division leaders had gone eight clear with their derby win over Espanyol earlier in the evening. Madrid also have a game in hand on the reigning champions.

It was not all good news for Manuel Pellegrini's side though, with centre-back Pepe suffering a potentially serious knee injury.

The Portugal international was stretchered off in the 44th minute when he landed awkwardly after challenging for a header, and initial medical tests suggest he has suffered possible ligament damage to his right knee.

The 23-year-old is set to undergo further tests tomorrow to try and determine the full extent of the injury.

"We hope it's not serious," admitted Higuain. 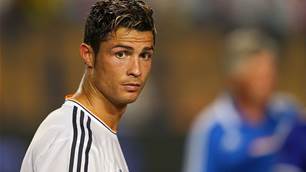