Brisbane Roar and Central Coast will be looking to seal home elimination finals in their respective A-League games on Saturday.

Home elimination finals are on the line in the last week of the regular A-League season with Brisbane Roar chasing a win over Sydney FC to seal third spot.

The Roar (40 points) are one point clear of Macarthur FC and Central Coast and with a great goal difference, but can fall as low as fifth if they lose and other results go against them.

Depending on how Macarthur fare against Wellington on Friday night, the Roar could be locked in for a home semi-final before they play and may rest players at Moreton Daily Stadium on Saturday.

"One box (making finals) is ticked for us as a group which is great, we're really happy about that," coach Warren Moon told AAP.

"Whether the risk and reward of missing players if we push one game too many, that's a risk I'm not prepared to take."

"So we need to make sure I know where the condition of our boys are at and we'll go from there."

"It's good - they're the benchmark, them and Melbourne City," he said.

"They're still the champions from last year - we've played them twice now and they're a high-quality team.

"So for us it's a great test to go into finals and one that could give us a good confidence boost."

The Mariners will have to wait for both Macarthur and Brisbane to play before they host Western United, but their push for a home final is in their own hands.

It will be Central Coast's first finals appearance in seven seasons regardless.

"For the club I rate the achievement (making finals) a nine out of 10 - it's an amazing achievement," coach Alen Stajcic said.

"To think of the opposition we've had to beat to get to this point and when you look at pound-for-pound what we have to do compared to the others, we really have, as I said before, punched above our weight week in, week out."

The final game of the day is a dead rubber finals-wise, with Newcastle hosting Perth.

Newcastle, who have two games left, can still overtake Melbourne Victory and avoid the wooden spoon while the Glory can leapfrog Western Sydney into eighth with a win.

The bottom four teams will have to play off for FFA Cup spots - with ninth playing 12th and 10th playing 11th. 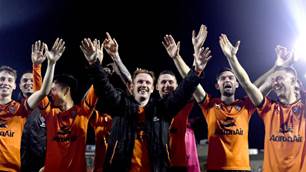 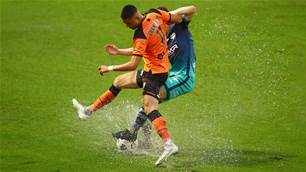 'The pitch was terrible...' - Talay fury as Roar, Phoenix draw