Kearyn Baccus is only two matches away from winning the Premier Soccer League championship with South African powerhouse Kaizer Chiefs. But it's turning into a very bad case of squeaky bum time.

Perennial South African title-challengers Kaizer Chiefs - one of Africa's biggest clubs - were dominating with Baccus at the heart of their side for most of the season.

But two straight losses, including coughing up a 94th minute winner in their last match out, have seen the club slump with only two matches remaining in the season.

They now sit equal first with Mamelodi Sundowns on 53 points apiece, but have a slight advantage in the goal difference category. They face two of the league's lowest clubs in their last two matches, but that hasn't proved much consolation so far.

Baccus, for his part, despite dominating in South Africa, is reportedly homesick and South African media are reporting that he'll soon seek a return to the A-League despite the club wishing to sign him onto a new contract.

Baccus has played 20 matches for the Chiefs this season, but has dropped to the bench more often in the past month. Baccus' agent called the claims speculation while also justifying the sentiment.

“It’s absolutely all speculation. I think when sport is disrupted, and sportsmen don’t have their minds firmly fixed on what they are doing, it affects them mentally,” said his representative, Mike Makaab of Prosport International, to Soccer Laduma.

“You can imagine it is even more difficult for those who don’t reside, ordinarily, in a country. That is all speculation and the general effect that this pandemic has had on everybody.” 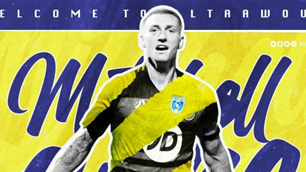 Duke: 'I just wanted to show people what I can do'