After a fifth-placed A-League finish, coach Warren Joyce has been sent packing by Melbourne City.

WHAT'S NEXT FOR MELBOURNE CITY?

Warren Joyce's departure as Melbourne City leaves the A-League club at a crossroads, still yet to fulfil its potential despite a multi-million dollar investment from City Football Group (CFG).

Joyce was just the third full-time coach of the club - after two-time bossJohn van 't Schip and John Aloisi - and leaves after third-place and fifth-place finishes in his two seasons.

CFG will now undertake a review into Joyce's time in charge and search for his successor.

Here are five steps the club can take this off-season to ensure they aren't left on the A-League roadside by established powers and ambitious entry Western United.

* SURE UP THE STARS

There have been no better performers for City over Joyce's two seasons than Bart Schenkeveld in central defence and Luke Brattan in the middle of midfield. Both are out of contract and both should be re-signed, if their minds aren't already made up to leave.

More important than agonising over a foreign or local boss, CFG must pick a proven trophy-winner. Joyce's expertise was in developing young players, and he did that well at City - particularly with Daniel Arzani. But it's time for the club to prioritise a title; so pick someone who's done it before.

The entry of Western United next season threatens City's already tiny fanbase. The club must stand for something and, luckily, the solution is in house. OK, there's a difference in quality, but if Pep Guardiola's Manchester City plays exciting one-touch football, why does Melbourne City move the ball so glacially? Attacking football is in the club's DNA; let's see it.

* BRING OUT A STAR

No ifs, no buts. CFG has placed David Villa, Frank Lampard, Andrea Pirlo and Patrick Vieira at New York City FC. Melbourne City have made do with Marcin Budzinski and Ritchie De Laet as marquees this season. If they are fair dinkum about the A-League, it's time for a name to light up the competition and bring the fans back.

* BACK THE RIGHT KIDS

City have a fine record at blooding youngsters - in Joyce's two seasons he debuted 11 players aged 21 or under. So why is Ramy Najjarine stuck behind average French import Florin Berenguer? Najjarine must play next season, with Connor Metcalfe and others that show they're ready. 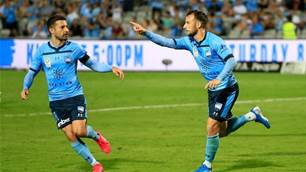 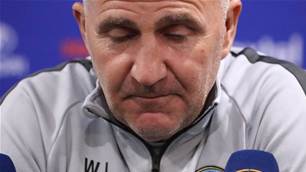 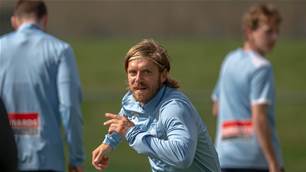 Brattan out to impress at A-League champs