He doesn't know where his future career path lies but Ange Postecoglou is adamant wherever he goes he'll be a success.

The ex-Socceroos coach has repeatedly downplayed talk of a move to Europe after leading Yokohama F. Marinos to the J-League title on Saturday.

Postecoglou has a year left on his contract in Japan and says he still has things he wants to achieve with Yokohama.

As to future plans, he is keeping an open mind.

"I figured out pretty early no point putting goals or ambitions in front of you," Postecoglou told Optus Sport.

"The football world's amazing where it can take you and I'll just see, I'll just see what happens after here.

"I've still got some things to do here ... and then where the next step takes me mate, I don't think too much about.

"Wherever it is I'll do what I've always done and tackle it head on.

"I know I'll be successful. I don't say that sort of in an arrogant way I just know that what I do and the way I get my teams to play and the belief that I can instil in people ... the fact that I'm Australian or geography isn't going to stop me from believing I can succeed wherever I am."

He coached the Socceroos at the 2014 World Cup in Brazil and successfully qualified them for the 2018 tournament in Russia.

Two weeks after securing that qualification, Postecoglou stepped down from the Socceroos job amid frustration with criticism of his selection and tactics.

A month later the 54-year-old headed to Japan to take the reins of Yokohama but refused to claim his title win was a vindication of his decision to walk away from Australian football.

"I get that. It's not what drives me. For me, I love the joy of sport, any sport.

"I love seeing young people - men and women - realising their dreams and tackling things without fear.

"That's what gets me up every morning.

"I've dodged having a real job my whole life mate and as long as that continues I feel very blessed." 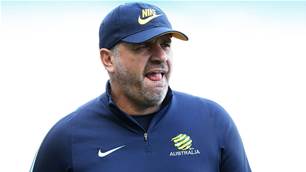 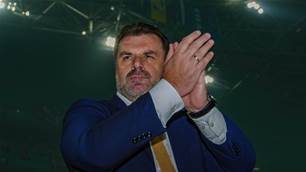 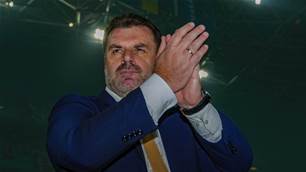