AC Milan's Zlatan Ibrahimovic has had his three-match ban reduced to two games on appeal.

The Swedish striker was punished after being sent off for hitting defender Marco Rossi during Milan's 1-1 draw with Bari earlier this month.

Ibrahimovic has already missed one game, last weekend's 1-0 defeat at Palermo, and will complete the suspension by sitting out Saturday's derby against former club Inter Milan.

AC Milan are two points clear of Inter at the top of Serie A with nine games remaining. 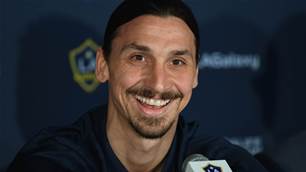 Russia gets the thumbs-up from Zlatan