After successive injury spells on the sidelines, Perth Glory A-League star Chris Ikonomidis has a chance to secure his Socceroos place in Graham Arnold's new squad.

From an ACL tear that ruled out his 2020 to the Socceroos squad after just nine appearances back, it's safe to say Ikonomidis has squeezed into selection.

The Perth Glory star has four goals in just nine appearances since returning to the A-League fold, which has proven fortuitous timing given the plethora of exciting young wingers in the Socceroos squad.

Then he's also up against Danish-based Awer Mabil, 25, fresh from a Champions League campaign. Nikita Rukavytsya is also familiar to the wing positions, and comes into the squad after scoring 17 goals in 20 appearances this season for Maccabi Haifa in Israel.

But Ikonomidis now has 12 Socceroos caps under his belt and played in every match throughout Arnold's 2019 Asian Cup campaign, which leaves him very competitively placed to lock down a starting spot for Australia's first match against Kuwait.

Ikonomidis was quick to thank the Glory medical staff for his successful return.

"It's always an honour to be included in a national squad," he told Glory's website, "and I'm really looking forward to joining up with the group in Kuwait and playing my part in helping us take another big step towards qualifying for Qatar 2022.

"I'm thoroughly enjoying my football and would like to thank Richard Garcia and in particular the medical staff here at Glory for all their help in recent months.

"They have been fantastic with me and I really appreciate everything they've done.

"In terms of the Socceroos, winning those first four qualifiers back in 2019 has given us a great platform to build from and I'm confident that we can do exactly that in these next four games."

"Everyone at the club is extremely proud to see Chris named in the squad," he said.

"His selection is a deserved reward for all the hard work that he has put in behind the scenes as well as the fine form that he has shown on the field.

"Chris is a great professional as well as a great player and we look forward to seeing him continue his international career and help drive the Socceroos on to Qatar 2022." 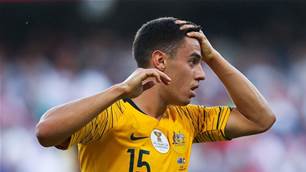 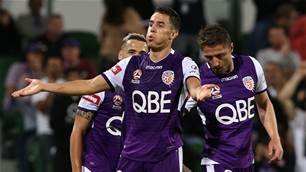