ASIAN Cup champions Iraq will face Pakistan in a home-and-away knockout clash in October in the opening round of the Asian qualifiers for the 2010 World Cup in South Africa.

Despite defeating Saudi Arabia 1-0 last month to claim their first-ever Asian Cup crown, the Iraqis have to negotiate round one of the Asian World Cup qualifiers, which features 38 of the 43 confederation teams that entered the qualifying tournament.

The five nations that qualified for the 2006 finals - Australia, Iran, Japan, South Korea and Saudi Arabia - have been given direct byes to round three of the qualifiers.

The draw for round one, which took place in Kuala Lumpur on Monday, threw up an intriguing tie between Vietnam and United Arab Emirates - a rematch of the Asian Cup clash in Hanoi on July 8 - which the south-east Asian side won 2-0 en route to a spot in the last eight.

The round one matches will be played on a home-and-away knockout basis on October 8 and 28.

Of the 19 teams that advance from round one, the 11 higher-ranked sides will proceed directly to round three while the remaining eight will play a second home-and-away knockout stage - round two - which is tentatively scheduled for November 9 and 18.

The four second-round winners will join the 16 other sides in the draw for round three, which will see the teams split into five groups of four for a round-robin competition to be played from February to September 2008.

The top two from each of the round-three groups will progress to round four, which will feature two groups of five teams, played on a round-robin basis from October 2008 to September 2009.

The top two teams in each of the round-four groups will qualify directly for South Africa while the two third-placed sides will meet in a play-off with the winner advancing to play the winner of the Oceania Football Confederation in a two-legged play-off in November 2009. 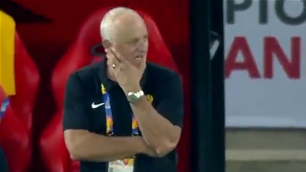 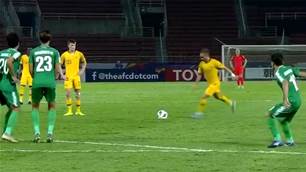 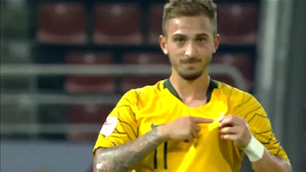