Two dropped points haven't been enough to erase the pride of Jackson Irvine's first start in a Socceroos jersey.

As the midfielder looks ahead to a "must-win" game this Tuesday night in Sydney, Irvine praised the depth of the squad.

Since debuting in 2013, of the Burton Albion star's previous appearances had come off the bench, but he was handed his first start by coach Ange Postecoglou in a re-jigged 3-2-4-1 formation.

And the Melbourne-born midfielder made the most of it, catching the eye with his work rate and danger in front of goals.

"I was incredibly pleased and honoured to make my first start," Irvine told FFA TV.

"It's something you dream about as a kid and something I've given everything to try to achieve over the last 12 months.

"I'm obviously delighted from a personal point of view that's come...for myself and my family and friends.

"Such a short time after the game, the over-riding feeling is still disappointment, but I'm sure I'll grasp the magnitude of what I've achieved personally, but it's hard to enjoy it at this time.

"That feeling will probably sink in a little bit later on," he said. 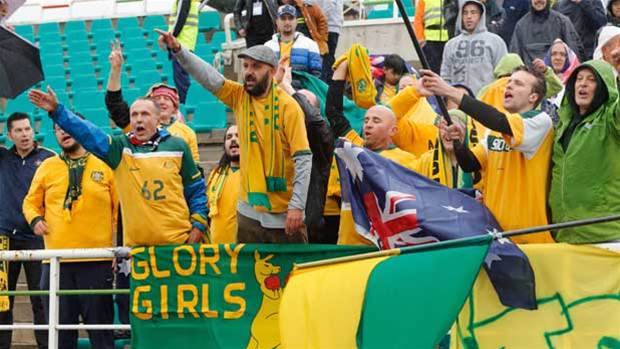 In reflecting on a fourth consecutive draw for the Socceroos, Irvine agreed that at 1-0 up, a second goal might have proved decisive.

"If we'd carried on and got the second before half-time or straight after half-time, it might have killed the game a little bit more.

"We offered them a chance to come back into the game and a team with nothing to lose can throw everything at you and that's what they did and that led to them getting the equaliser.

"We're disappointed overall, but there are a few good signs to take from the game."

Irvine’s performance has him in line for a first start on home soil in Tuesday's crucial clash with UAE in Sydney, especially with midfield partner Aaron Mooy suspended after picking up a yellow card against Iraq.

"There are plenty of options and everyone will be chomping to get that starting spot because it's looking like a must-win game now," Irvine said

"We've got an incredibly strong squad with a lot of boys in the same position as me, ready and willing and firing to step in and do a job.

"I thought Jimmy (Troisi) did a really good job when he came off the bench and we've got Millsy (Mark Milligan) who can step forward into midfield and Musti (Mustafa Amini) and Riley (McGree) as well."