Sydney have sealed a pay deal with the club’s A-League players ahead of the club's Asian Champions League campaign kicking off next month.

The pay agreement will allow the club to begin pre-season this week while they await a firm date for the start of the new A-League season.

It's understood FFA's renegotiated deal with Fox Sports insists the 2020/21 A-League season must start in December.

But Sydney's A-League campaign kick-off could be put on hold as they will be in Asia on Champions League duties before a return in early December - which will then require two weeks in quarantine, taking them into Christmas.

However the club's immediate focus is signing off the new pay deal and Sydney chief executive Danny Townsend praised the attitude and commitment of the players during a process which both sides admitted was "difficult".

The club is refusing to release details of the deal - which is understood to have been agreed across the playing group as against a player-by-player deal - but say it is designed to meet the new salary cap proposals still being drawn up by the A-League.

“Our players have been magnificent throughout these negotiations and they should be given huge credit for the sacrifice they’ve made for the good of the A-League and game in this country," said Townsend.

“We’ve had a very honest and open dialogue and the club is hugely appreciative for the respect they have given the process.

“I’d also like to thank our coaching, medical, administrative and academy staff for the sacrifices they have made over the last few months.

“All of our staff understand the position of the league and have put the future of the game first.

“It is also important to acknowledge the continued funding provided by club owners across the A-League who have and will ensure our competition continues to forge ahead.”

Sky Blues Captain and PFA President Alex Wilkinson said he was pleased an agreement could be reached for the benefit of the A-League and Sydney fans.

“It has been a very difficult process but we have come to an agreement and now we can concentrate on playing football," said the Sydney veteran.

“It has been a challenging time but the negotiations have been amicable and in good faith, and the club have handled the situation with great care and respect.

“Our players, and every player across the league, takes the future of football in Australia and our members' interests very seriously, and they have put that before any personal benefit.

“Now we move on and look forward to getting ready for the new season.” 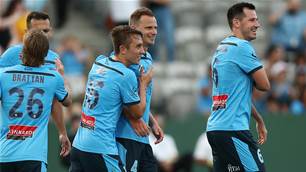 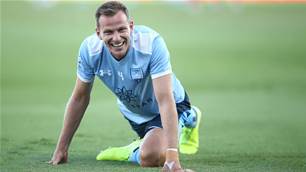