It all began again on Saturday for the man who succeeded Ange Postecoglou seven months ago, with the devil-may-care J1 League entertainers kicking off the new season with a 2-2 draw against Adam Taggart’s Cerezo Osaka at Nissan Stadium.

Risk taker-in-chief Muscat will preside over a high-wire act which will mirror the approach he took last season when Marinos scored 43 goals in his 18 games in charge to finish runners up to Kawasaki Frontale.

But they’ll be no compromise of principles or any ideological short cuts.

“We will be trying to play the typical Marinos way because that’s in our DNA,” Muscat told FTBL.

“We will continue to take risks and continue to attack teams. When it comes off it’s great and then from the other side you’ve just got make sure you keep getting better, take your opportunities and see teams off.

“The squad here last season had been together for several years and had experience from that perspective.

“There’s been a bit of a turnover of players and that’s been out of our control - so we’re looking for other players to step up and challenge themselves.

“The idea is to rejuvenate and how quickly it all comes together only time will tell.”

The former Melbourne Victory and Sint-Truiden Begium Pro League coach is an unapologetic apostle of the Postecoglou playbook, accepting that results might not always follow the total football methodology.

“We’ve had a stop-start pre-season with all the Covid disruption but we are feeling positive and looking for a lot of players to progress this season,” he added.

“There will be no excuses. The idea, as always, will be for us to entertain no matter what the personnel changes because the game stays the same. We just have some different people playing it.

“My first six months here last season were an exciting time for me and I’m looking forward to more of the same this season.”

Whilst Muscat is also at the vanguard of Australian coaches building reputations overseas, he doesn’t see himself necessarily as a role model to be hoisted upon a pedestal.

“I’m so entrenched in what I’m doing I don’t really see it like that,” he said. “I gone about things the unconventional way - going across (to Europe) without a job (after leaving Victory).

“It was almost the same model I used as a player. I feel very grateful for this opportunity.

“The last 18 months to two years I have certainly learnt a lot about myself and about my beliefs.

“It’s been a very interesting time in terms of learning and I’ve taken a great deal out of it.

“In Belgium, I was there 12 months, initially hidden behind the sports director’s role and I still maintain we made a lot of progress on terms of what was first asked of me when I got there.

“It’s only experience if you take knowledge away from it.” 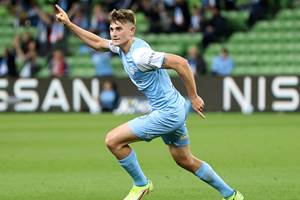 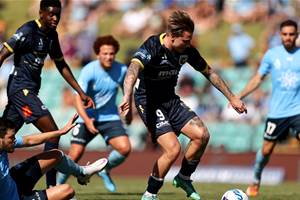 The J-League is available on Optus Sport in Australia.