Group B leaders Saudi Arabia are almost out of sight with just three games left.  This leaves a mad dash between the Samurai Blue and the Socceroos for the second automatic spot for November-December’s big dance in Doha as the most plausible plot-line.

Buoyed by both the 4-0 victory over Vietnam in Melbourne on Thursday night - and the manner in which it was achieved - 63-cap Holman turned soothsayer told FTBL he sees the cards falling in Australia’s favour.

The Socceroos spring from the blocks away in Oman on Tuesday, before hosting Japan in Sydney on March 24 and then travelling to face the Green Falcons in the Kingdom five days later.

Four points clear of Japan - who lead Australia by a point - Saudi Arabia look to have a lock on top spot, though their visit to the Land of the Rising Sun on Tuesday throws up some interesting permutations.

Whatever transpires, Holman - who scored twice for Australia at South Africa 2010 - is persuaded that a fifth successive World Cup beckons for the green and gold.

“I think we’re going to get there - I’ve never really doubted it,” he said. “It’s such a long road and you’re always going to have hiccups along the way.

“There are so many obstacles, and the coronavirus has only complicated matters.

“Some of the squad have lacked game time at their clubs - but even with all those hurdles I’ve got plenty of confidence that Australia is going to the World Cup.

“You obviously don’t want to go through the play-offs (which could lead to a showdown with the fifth-placed South American nation).

“But I don’t think it will come to that because I see Australia finishing in the top two (in Group B).”

Former Aston Villa flier Holman, who retired from international football before the 2014 World Cup, liked what he saw across the board against Vietnam, whether it was an imperious Tom Rogic in full flow; a bright and breezy debut from stand-in left back Joel King; the goalscoring cameos of substitutes Riley McGree and Craig Goodwin or the deadlock-breaking contribution of poacher supreme Jamie Maclaren.

“For me, it was a night of firsts with Riley McGree and Craig Goodwin getting their first Socceroos goals and Joel King coming in and doing a great job in place of (the snowbound) Aziz Behich," said Holman.

“It was also pleasing to see Marco Tilio come off the bench and get 15 minutes. It's great to see these guys get a bit of a run and just as satisfying to see Tom Rogic bring his Celtic form home to Australia.

“The little part of his game that’s been lacking for the national team has been goals - but he got on the scoresheet to compliment a pretty complete all-round performance.

“I also loved seeing (former Brisbane Roar club mate) Jamie Maclaren come back in (in place of the sidelined Adam Taggart) and get the first goal. That’s such an important thing for a striker. It was a huge one for him.”

Holman, 37, doesn’t believe the squad will be losing sleep over mathematical equations heading into Muscat, explaining: “During my time playing in qualifiers you never, as a player, looked too far ahead.

“You were always in and out of destinations - and you just take each match on its merits.

“That’s why I liked the performance against Vietnam. It was very business like and got the job done with little of extra on top.

“Yes, Saudi and Japan are in the front seat right now but we’ve just to concentrate on the next match in Oman, and not think beyond that.

“Off the back of the Vietnam game confidence will be high and a good thing is this time of year in the Middle East the weather isn’t nearly as unbearable as it is in the summer months. It’s a good time to be going there.

“I don’t think Australia will worry too much about the opposition. They’ll simply be going for three points because there’s no other option.” 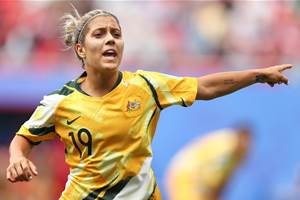 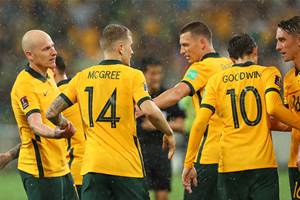