Paul Izzo was in no mood to mince words following a disproportionate, if not dispirited Adelaide United loss to Perth Glory.

The 2-0 defeat at Hindmarsh Stadium showed a gulf in class between the two sides that speaks more to Perth's enviable quality than Adelaide's own lack of investment.

But the Reds' loss comes in the midst of an ongoing stoush - now public - between Marco Kurz and Adelaide chairman Piet van der Pol over drawn-out, uncertain contract talks. 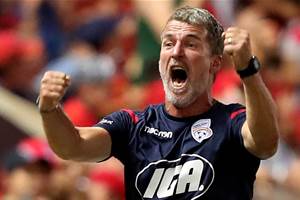 Adelaide United chairman Piet van der Pol tonight insisted he HAD arranged contract talks with Marco Kurz after the coach lashed out about being left in limbo during a media conference today.

Despite his own personal frustrations after a failed clearance led to one of Perth's goals, Paul Izzo couldn't avoid the issue entirely.

"It wasn't the result we wanted and it comes down to costly errors, stupid things that we're doing, myself included," Izzo said.

"We can grind out games but we need to avoid putting pressure on ourselves. Marco is a real professional and obviously it must be frustrating but we try to keep our focus on the pitch.

"I wish I could be happy (about a good save) but I don't care to be honest. We needed to pick up points."

"We have to keep our head up and find the right solutions, something that...we have a reason for this kind of performance.

"We missed players, some come back. It's a process, but we must find a good moment, the right way and the right solutions to keep going.

"I don't think the players will be impacted (by my situation)."

But while Adelaide now face an uncertain future - not just over an FFA Cup winning coach's potential departure, but with their finals-threatening winless streak continuing - Perth inch ever-closer to a maiden A-League Premiership.

"I'm not keeping count, just my family and friends," Keogh said wryly. "It was great to score coming off the bench, it's the same for every player, you've got to come on and help the team. 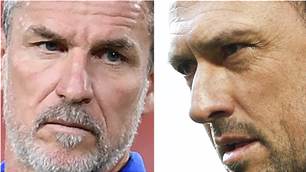 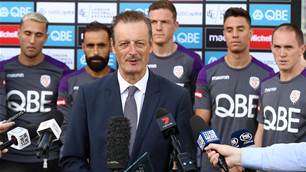