USA coach Jurgen Klinsmann was delighted to have secured top spot in their FIFA World Cup qualifying group with a 2-0 win over Jamaica.

Having already sealed their qualification for Brazil 2014 before the match in Kansas, the US worked hard before late goals to Graham Zusi and Jozy Altidore gave them victory.

Klinsmann was impressed by his side's intensity and desire as they pushed hard for the win, which means they will finish on top of the CONCACAF group regardless of the result in their final qualifier.

"We're extremely happy to finish in first position, and leading the CONCACAF group, and being number one in CONCACAF right now, everybody's excited about that," Klinsman said after the victory.

"It has been a lot of work tonight, obviously the first half didn't go the way we kind of had hoped and we struggled a little bit to get rhythm, to get pace in the game.

"We adjusted a few things then and we picked it up really well in the second half, and it's just exciting to see this group coming along, growing, you know how the personalities are slowly coming through there."

The result means Jamaica – who are yet to win a match in the fourth round of qualifying – will finish on the bottom of the group.

But Klinsmann paid tribute to the losers for their performance, insisting they had made the United States work hard for their victory.

"We expected a tight game, Jamaica's not going to come here and give us the points," he added.

"They are disappointed with their run, they know they can do better than actually where they are right now, and they were very well organised, they closed spaces down in the first half.

"We know them physically they're a strong team and they can always hurt you with a counter-break so they hung in there, they were all over the place and made sure that we didn't find those gaps that we needed in order to create chances.

USA face Panama in their final qualifying encounter on Tuesday looking to record their seventh win of the campaign. 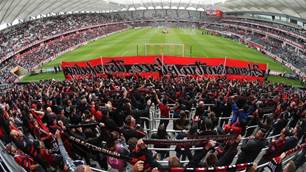 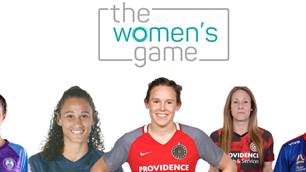 The USA are invading the W-League! We preview every yank star Down Under this season 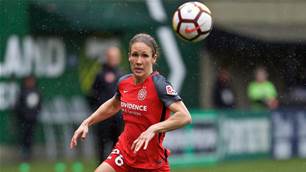