“Michael Mifsud is a real Maltese legend in their football," says Boland. "Everyone in Malta knows him.

"A good guy and he’d take the mickey a bit with the new guy, me, the 'kangaroo', because I think he copped a fair bit when he was in Australia for his season in the A-League.

The pair would’ve fitted neatly into the “Little and Large” strike force with the pint-sized Mifsud alongside the tall Aussie unit.

“He’d jump at any opportunity to have a crack at me when he saw where I was from," Boland added. "But he was a good guy."

For Malta, it may have been a good combination up top. We'll never know, now.

Boland wouldn’t have been the first Aussie to play for Malta. John Hutchinson and Manny Muscat blazed a trail before him, with Hutchinson famously facing Cristiano Ronald in the Malta shirt. 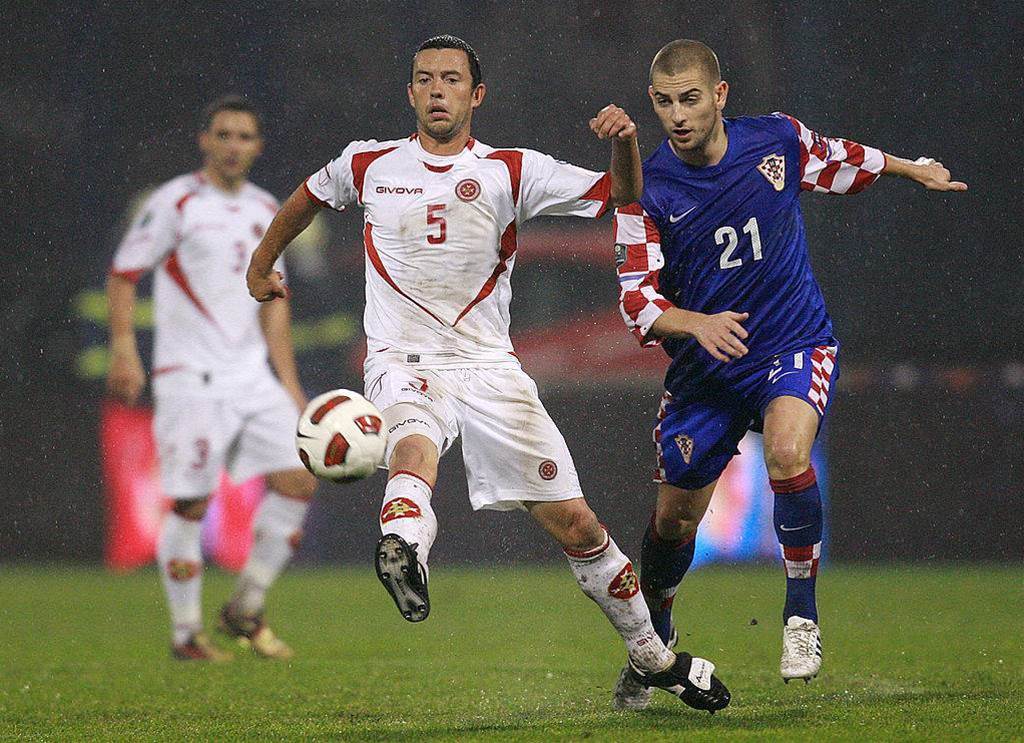 Boland added the Maltese squad had some high-quality players at that time, such as Mifsud and Andre Schembri, then playing for Boavista in Portugal.

"Probably Schembri was the best player there," he added. "All class.

"There were some good players there but also some that weren’t better than what we have in the NPL if I’m being honest.

“Some players weren’t that crash hot, but some definitely were class and very good players.”

It was a busy time for the popular NPL forward who was also in the throes of proposing to his then-girlfriend now-wife in another part of Europe.

“It was a good experience," Boland said.

"Something to have under your belt, it’s just a shame nothing came of it because I felt I was good enough for that standard for their level and the players they had.

“It’s not on my mind, all I’m focusing on is getting back to playing with Avondale and winning some silverware when football returns.

“But if anything does come up with the Malta national team, it’d be hard to say no.

"My grandad’s a proud Maltese man, an Aussie-Maltese, so it’d be good to do that one day for him.”