Senegal beat Egypt in the 2021 African Cup of Nations Final, securing the victory through a 4-2 penalty shootout win.

Third time was the charm for Senegal, as the Lions won their first African Cup of Nations after two previous final defeats.  The win was at the hand of seven-time winners Egypt, with the game being decided by a penalty shootout.

Australian Football News can be found on FTBL.

Two of modern football's greatest strikers, who also happen to play for the same club Liverpool, were pitted against each other in the 2021 African Cup of Nations final.

Sadio Mané's Senegal was on a quest to win their first AFCON title, having previously lost in 2002 and 2019.  Mohammed Salah's Egypt were looking to extend their record-wins, by getting an eight AFCON title.

It was the former striker's nations who would prevail. The long final, that extended past extra-time to a penalty shootout, had a few moments of tension during play.

The first was at the fifth minute mark.  Senegal were awarded a penalty for Mohamed Abdelmonem's foul on Saliou Ciss. It was the Liverpool man who stepped up to take the shot. However, this occured moments after his club teammate passed on advice to his goalkeeper Mohamed Abou Gabal.

Whatever Salah said to Gabal worked, because the Egyptian keeper stopped Mané's attempt.  Despite the presence of both superstars, the rest of normal and extra-time did not provide any goals, just a series of missed opportunities.  Overall this was not a game to remember.

After the playing time elapsed, the match headed to penalties.  It was Mané who scored the decisive penalty in the 4-2 shootout to give Senegal the win. Despite the ongoing celebration, Mané went over to comfort his teammate Salah.

Sadio ManÃ© with Mo Salah after the penalty shootout 🥺

On top of his AFCON win, Sadio Mané would also be named AFCON player of the tournament.

While the final was a dissappointment for the Egyptians who wished to extend their record wins, it was a long time coming for Senegal.  Speaking after the game, Senegal head coach Aliou Cissé simply reflected on his nation's wait for Africa's top title:

“Champion of Africa,“ Cissé said. “It’s been long. It’s been difficult. Sometimes complicated. But we never gave up.” 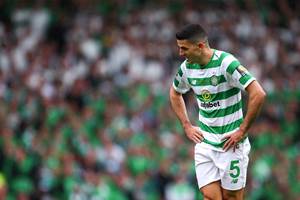 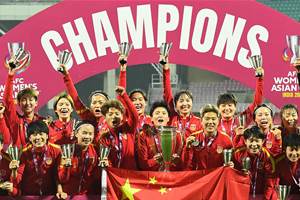