Ange Postecoglou's side beat Motherwell by a scoreline of 4-0, maintaining Celtic FC's position atop the Scottish Premiership.  The Hoops were bolstered by the return of Socceroo Tom Rogic who provided two goals on the day.

Celtic FC's midweek Old Firm derby win against Rangers FC marked a turning point in their season.  Not only was the 3-0 victory a decisive one, but it followed a trend of steady improvement under new head coach Ange Postecoglou.

The Hoops kept their place atop the Scottish Premiership this weekend with another decisive win, this time against Motherwell. They currently lead Rangers FC by one point.

Liel Abada opened the scoring account in the 28th minute with a great run into the box to pick up a Reo Hatate pass.  All Abada had to do was slot it across Kelly.  Rogic then scored an unstoppable curling top-corner goal from outside the box to make it 2-0 for the Bhoys.

The Australian's goal contribution was not done though. Just before the half he picked up a cross back into the box from Abada and made it 3-0 for Celtic.

A 4th goal in the 71rst minute from Daizen Maiden was the nail in the coffin for Motherwell, with Celtic truly stamping their dominance on the game and also in this league.

The visitor's scoring account could have been higher had it not been due to a number of good saves from Motherwell goalkeeper Liam Kelly. Rogic was also close to a third goal, the post denying him his hat trick.

â˜˜ï¸🇦🇺 STOP IT!! @Socceroos star @Tom_Rogic was on 🔥🔥 with two goals in @CelticFC's big win over @MotherwellFC. Sit back and enjoy his opener! 🤩

Speaking to Celtic TV after the match, head coach Postecoglou could only credit his fellow countryman.  When asked about Rogic he stated:

"It has been there all year (his work ethic).  We all know Tom is a super talent and one of those players everyone wants to come and watch.

"He is working awfully hard for this team now.  He is putting in the defensive side of the game.  He is closing people down and has been a big part.

"He is one of the senior players now. He is a leader out there.

"Obviously he missed the last couple of games due to international duty but (today) he provided us with the little bit of impetus and energy we needed."

Celtic FC next meet Aberdeen away mid week. Their two previous encounters this year ended 2-1, with each team claiming a week. 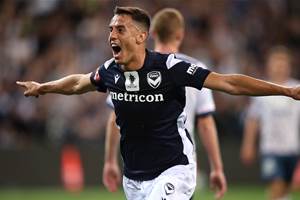 Melbourne Victory’s 2-1 victory in the FFA Cup final against Central Coast Mariners wasn’t a cup final for the ages besides three absolutely world class goals and a few minutes of utter delicious chaos in injury time. FTBL's Vince Massara analyses how Victory came out on top. 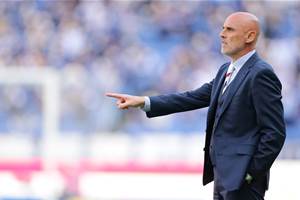