The ex-Socceroos skipper, who last year succeeded mentor Ange Postecoglou in the top job at J1 League Yokohama F. Marinos, warned Australia could be heading into the eye of a perfect storm - with Japan in imperious mood and the Socceroos searching for inspiration.

Though not eschewing the possibility that Graham Arnold’s men could conjure some special juju to leapfrog Japan into second spot in Group B on March 24 in Sydney, Muscat offered realism ahead of idealism.

“We’ve got ourselves in a really difficult position - especially with Japan raising their level in recent group games,” Muscat told FTBL.

“I remember back to the match in October (at Saitama Stadium which Australia lost 2-1 through a late Aziz Behich own goal) and that was the least confident Japanese team I’d seen for a very long time.

“But since that result they’ve been a different proposition and have been very convincing in their last few outings.

“With the way the group is now with two games left it’s going to be difficult for us to qualify automatically.

“What we must do to have a chance is get the three points against Japan by making the home advantage pay off for us.”

Australia trail Japan by three points and group leaders Saudi Arabia - whom they face in Riyadh on March 30 - by four, leaving a playoff against Group A’s third placed United Arab Emirates as the logical plot-line.

Should they emerge unscathed from that one-off tie in Qatar, they’d face the fifth best Latin nation - any one of Peru, Colombia or Uruguay - at the same venue for a ticket to Qatar 2022.

Muscat said Arnold would be “staying positive” and seeking to in-still that same belief in a squad which has lost its way since the last-gasp loss in Saitama, picking up just six points from their last five matches.

“We’re in a position where there’s a little bit of pressure on - and Arnie will be staying as positive as he can about the situation and he’ll be trying to make sure the playing group stay the same way,” added Muscat.

“It’s going to be a big couple of games and hopefully we don’t get to the point of having to beat the fifth best team in South America to go through.

“We’ve got to the stage now where it’s all one-off games - if we look at the form guide then Japan are formidable opposition.

“You’re talking about a team where Reo Hatate (who scored twice and grabbed an assist in Celtic’s 3-0 Old Firm demolition of Rangers) doesn’t even make the squad.

“There’s been a lot of talk in Japan over whether this was the time to start bedding in some of the up-and-coming players like Hatate into the squad but (head coach) Hajime Moriyasu has been true to his more experienced players and has been rewarded.

“We all know how important it is to qualify for World Cups and we don’t want to be talking about facing the likes of Uruguay again.

“That said if it comes down to it and we're playing a nice brand of football, and everybody is confident, then I don’t think it should faze us.” 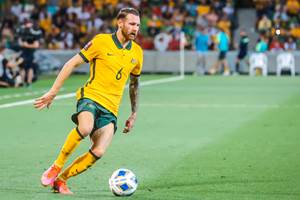 The Scottish Premiership saw one Socceroo depart of late, with Martin Boyle heading to Saudi Arabia. 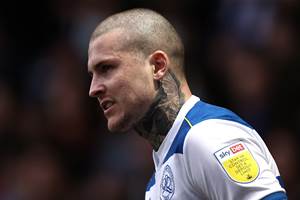