Born in Australia to Scottish parents, the Gold Coast-raised Queens Park Rangers forward was assiduously courted by Arnold and his assistant Rene Meulensteen for the Socceroos before opting to turn Tartan.

Dykes a big miss for Australia

Seventeen months on, Dykes’ decision has proved a boon for Scotland coach Steve Clarke, a bust for Arnold.

Speaking for the first time to an Australian media outlet on what prompted him to opt for the land of his forbears, the Queens Park Rangers target-man told FTBL it was largely down to a “gut feeling” on what would be best for his future.

Dykes joined Clarke’s resurgent squad ahead of the European Nations League back in August 2020, and went on to help Scotland qualify in a dramatic penalty shootout win over Serbia for last year's European Championship.

Another instalment of the Dykes fairy-tale unfolds next month with the visit of Ukraine to Hampden Park for their World Cup play-off semi-final.

If Scotland win that they’ll play either Wales or Austria for a ticket to Qatar.

Dukes has scored six goals in 20 appearances for his adopted nation, underlining his importance to Clarke’s tactical blueprint with his ability to bully defenders, dominate in the air and an astute positional prowess.

“I really just followed a gut feeling on what I thought would be best for myself and my career going forward,” he explained.

“I followed my heart as well - and it also came down to what I believed I could give to the (Scotland) team.

“It was a tough call for me but I’ve never looked back really. The manager (Steve Clarke) has been great, we have a really good relationship.

“We spoke before I’d made my mind up and he was very blunt and told me how tough it would be, but it would be down to me to see what I could do.

“I liked that because I like a challenge -  and our relationship has continued the way it started.”

Whilst Arnold’s persuasive powers lured Scottish-born Martin Boyle and Harry Souttar into the green and gold fold, it’s temping too contemplate what Dykes’ physical presence and dynamism might have brought at the pointy end where Adam Taggart was Australia's first choice before his knee injury opened the door to Jamie Maclaren.

Dykes is happy to let others do the musing, satisfied to be part of a Scotland side boasting Premier League stars like Andy Robertson, Scott McTominay, John McGinn and Kieran Tierney.

“In football terms it’s been massive,” added the ex-Queen of the South and Livingston man. "A year and a bit back I wasn’t really thinking about international football.

"I was just trying to do well for Livingston (in the Scottish Premiership). It all seemed to happen at once and it was amazing to join up with such a great squad.

“We went on a bit of a winning streak and I think I was able to bring something to the team as well. Getting to the Euros was something I’ll never forget because it was such a long time since Scotland had reached a major tournament (not since 1998).

“After so many years and we finally got there and I was able to test myself against world class players.”

Scotland were beaten by Croatia and Czech Republic but drew with England at Wembley, and are well equipped, according to Dykes, to join the Qatar extravaganza at the end of the year.

“I’ve always been so impressed with the quality there and that was another reason I wanted to be a part if it," he revealed.

“You only have to look at the players we’ve got in the Premier League, the best league in the world.

“The boss has built a great little family, the belief and spirit is excellent and I’m confident we can get the job done against Ukraine at home.

“We know what it takes to win big pressure games - and that will stand us in good stead.”

“I know a few of the boys and you always want them to do the best they can, he said. “I see they’ve dropped some points lately but that’s the way football goes sometimes.

“I’m sure they’ll come good. They have some good players and I wish them all the best.

“You never know, maybe we’ll come up against each other at the World Cup - stranger things have happened.” 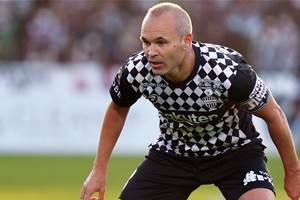 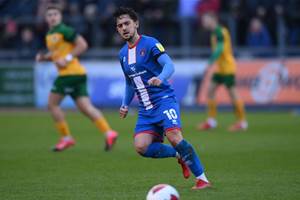