Robbie Fowler's hopes of a FFA Cup quarter-final berth were undone by the Mariners as last season's A-League wooden-spooners collected a penalty shoot-out win over Brisbane Roar on Wednesday.

Mark Birighitti was the hero for the Mariners, saving spot-kicks from Roy O'Donovan and Thomas Aldred for a 4-2 shootout win, following a 2-2 draw atDolphin Stadium in Redcliffe.

The Roar, having seen off A-League champions Sydney FC a fortnight ago in Fowler's debut as coach, created enough chances throughout the 120 minutes, but ultimately paid a price for their profligacy.

Mariners' skipper Matt Simon opened the scoring on 20 minutes by converting from the penalty spot after being bundled over by Scott Neville.

Brad Inman netted a superb equaliser almost immediately after the break, having also come close in the first half. 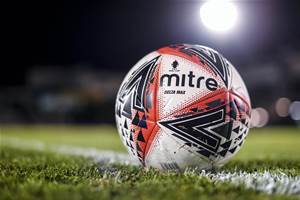 There was an overdose of excitement in the FFA Cup tonight with a goalfest in Sydney and a shootout thriller in Queensland plus much much more. Check out the action in our pic special.

The Mariners briefly looked on track to advance when Sam Silvera netted his first goal for the club with five minutes remaining.

However the Roar, who dominated periods of the match, drew level almost immediately as Roy O'Donovan fired home from the penalty spot to push the match into extra time.

Daniel Georgievski was the unlikely attacking hero with the fullback scoring twice and playing a part in several other goals.

The Wanderers raced to a 3-0 halftime advantage having also hit the frame of the goal in a dominant display.

Sydney United briefly rallied after the break, pulling a goal back from Patrick Antelmi, only to lose their way with the dismissal of Yianni Perkatis following his role in a fracas.

The Wanderers continued to pile on the pain and the scoreline could have been blown out even more as United survived several near misses in the final half-hour.

The Cup record score is an 8-0 win recorded by Sydney FC over Darwin amateurs Shamrock Rovers in 2017.

Marko Delic bagged a hat-trick to be the goalscoring hero for the visitors, cancelling out an extraordinary solo effort from Mamadi Kamara.

A towering headed goal from defender Matthew Richardson just past the hour mark proved the difference as the former national champions progressed to the quarter-finals for the first time.

There was an overdose of excitement in the FFA Cup tonight with a goalfest in Sydney and a shootout thriller in Queensland plus much much more. Check out the action in our pic special.

Matches to be played 17-18 September. 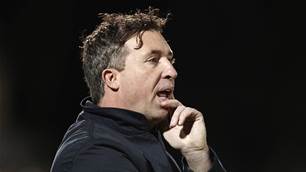 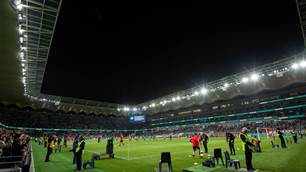 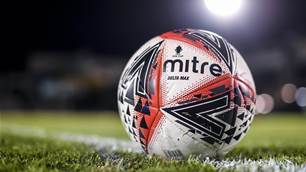